The Danish Krone is in circulation in Denmark, the Faroe Islands and Greenland. The Krone or Crown is also the name of the currencies of Norway and Sweden, Denmark's still "crown-bearing" neighbors, as well as in the Czech Republic and in Iceland. The Crown, or Krone in Danish, comes logically from the royal character of these countries persisting to this day. However, such symbols of the monarchy are found only on the coins. The crown itself is depicted on the 50 øre coins, and there is a portrait of Queen Margrethe II on the 10 and 20 Krone coins.

As to the banknotes, they are dedicated to L.B. Andersen. Not to be confused with Hans, the celebrated storyteller of the Ugly Duckling or other animal tales, L.B. preferred to draw them. All the animals featured on the backs of the Danish banknotes are illustrations by L.B. Andersen: The carp (50 Krone), butterfly (100 Krone), lizard (500 Krone) or squirrel (1,000 Krone). The only exceptions are the 10 Krone bill (ducks), which is the work of Johannes Larsen and the 20 Krone bill (sparrows) by yet another Andersen: Gunnar.

The Krone is subdivided into 100 øre, the name of which derives from the Latin, aureus meaning a gold coin (between the 1st and 4th centuries BC). 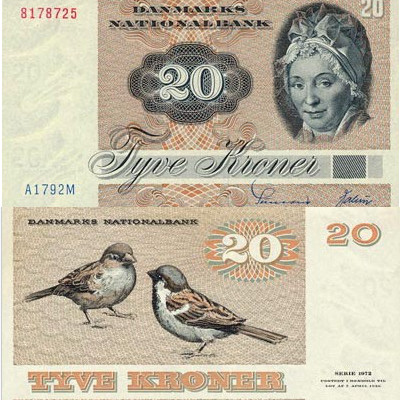 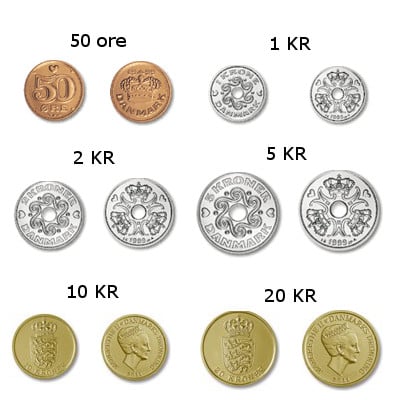 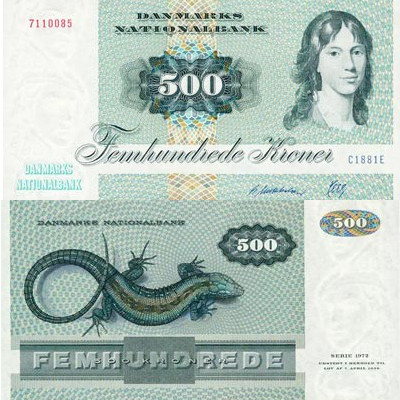 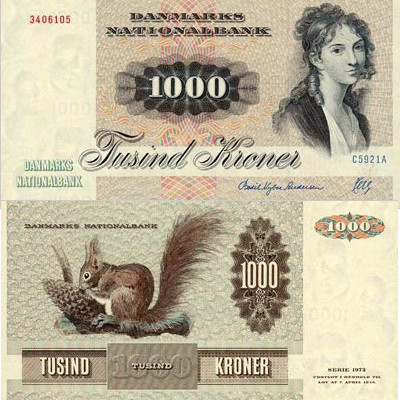 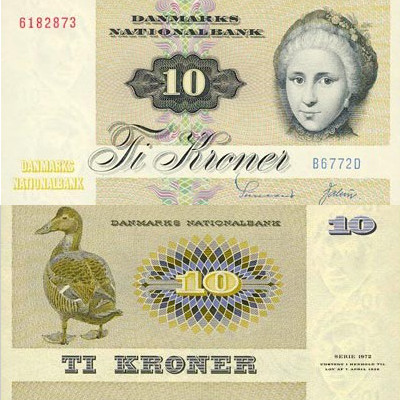 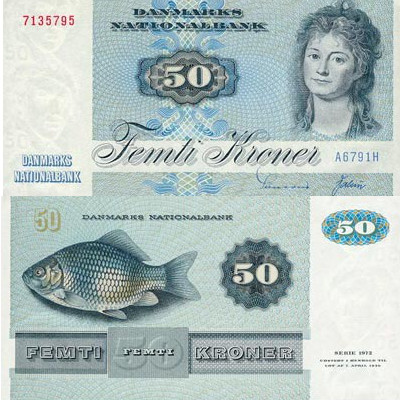 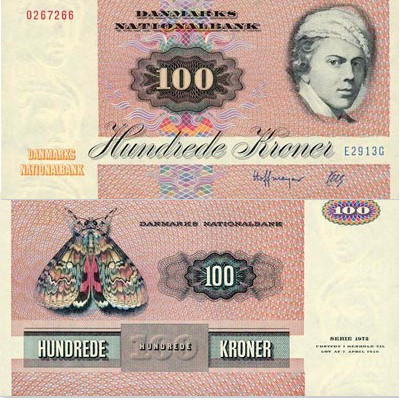