The riyal, the Saudi currency

The riyal or rial is the name of the currency of 5 Muslim countries of the Middle East: Iran, Saudi Arabia, Qatar, the sultanate of Oman and Yemen. The riyal comes from the Spanish work «real», which means «royal», which suits these countries rather well where the monarchy is still present.

On Saudi banknotes, you’ll always find on the front, in his little frame, the current king of Saudi Arabia: Abdallah Ben Abdelaziz.

On the back, you’ll find monuments that celebrate Islam, the religion to which Saudi Arabia is very much attached to. In particular, on the 500-riyal note (the highest denomination), you’ll find a close-up of the Kaaba on the front.

In Mecca, this is the cube that pilgrims make the 7 turns required by their religion and that every good Muslim must do at least once in their lifetime. On the back of the same banknote, you’ll find the inside of the Masjid al-Haram mosque that houses the Kaaba, which you can also see. This shows the importance of the Muslim religion to the country. 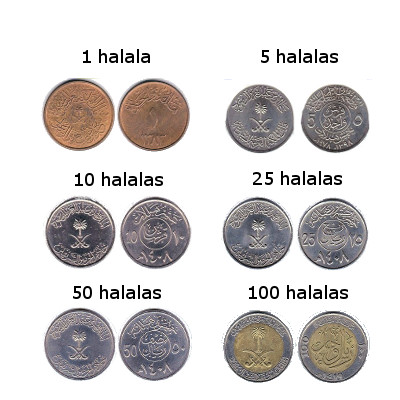 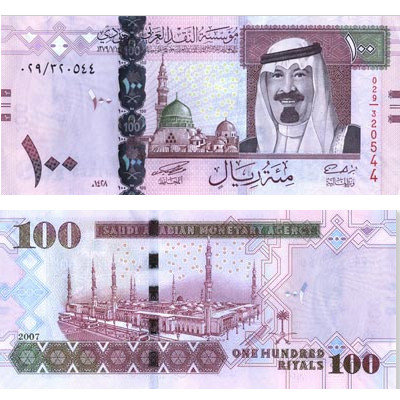 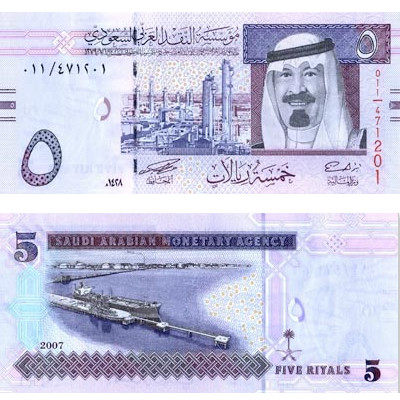 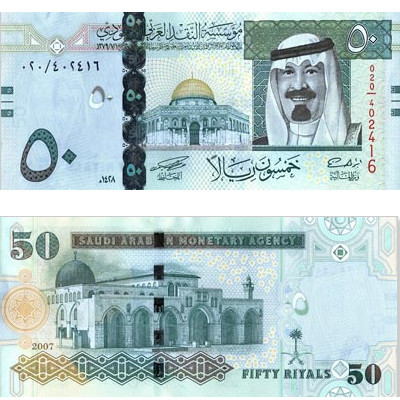 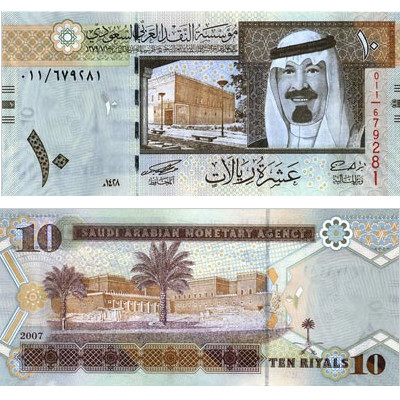 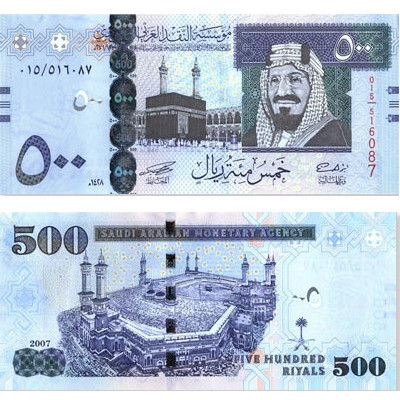 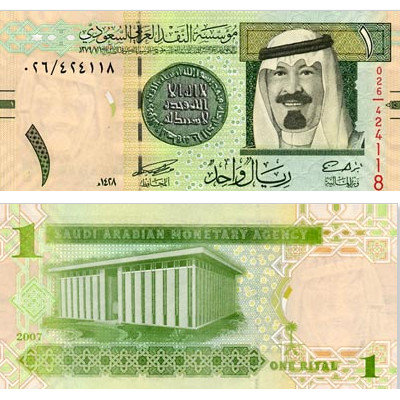