The ringgit of Malaysia

«Ringgit» means «lacy» and refers to the pieces of Spanish coins that circulated in the region during Spanish colonization. 1 ringgit is divided into 100 sen.

Tunku Abdul Rahman Putra Al-Haj ibni Almarhum Sultan Abdul Hamid Halim Shah, more commonly known as «Tunku», was the first prime minister, and up until now the most important one, from 1957 to 1970. This is why Malaysia honors him on the front of all banknotes of the country, where he is features in traditional dress.

On the back, Malaysia presents its economic and technological pride: oil rigs on the 50-ringgit note, the Petronas Towers in Kuala Lumpur on the 5-ringgit note, and even its train, its airline, and its commercial boats on the 10-ringgit note. Despite a very deeply-rooted ancestrally traditional culture, Malaysia doesn’t have many ancient or ruined monuments like in Thailand or Indonesia, so they had to create them themselves. 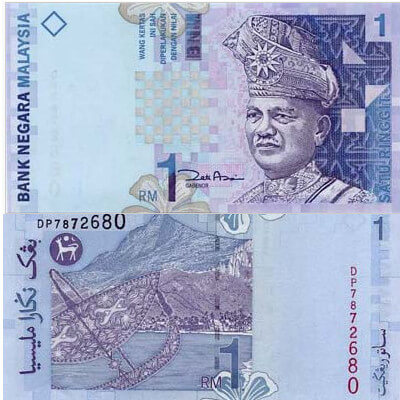 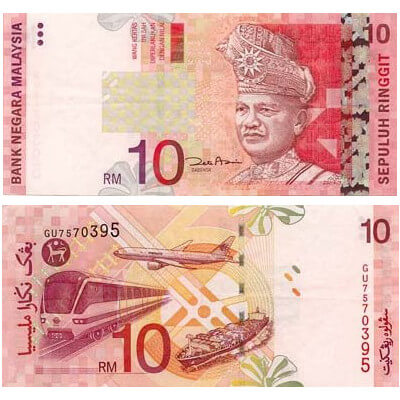 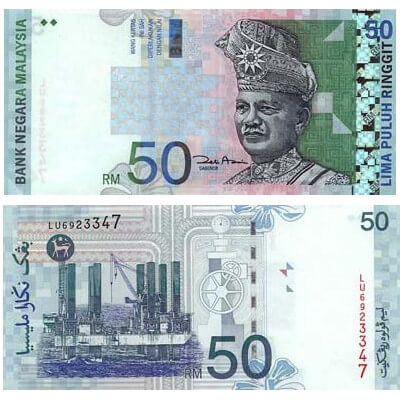 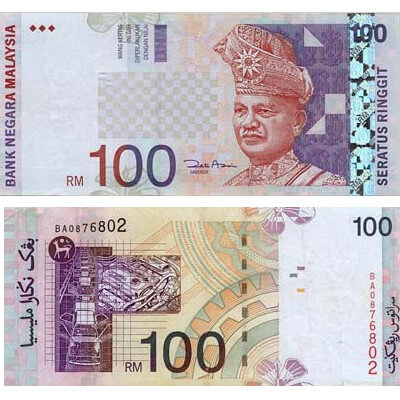 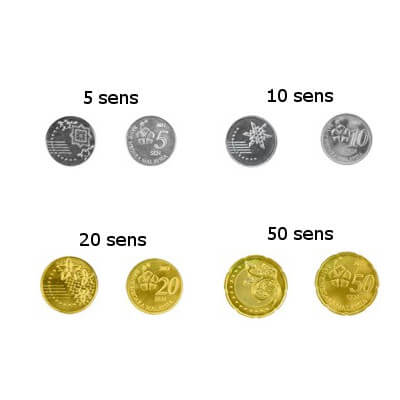