The rupee, the Indian currency

The most used banknote in India is the 100-rupee note (about $1.6 US or €1.2). The largest coin is 10 rupees, so they are virtually never used in everyday life, and are mainly only used with beggars, which are very numerous in India.

You can also find a 0-rupee note in the country. It was printed in more than one million copies, and was used to show the Indian government indignation against corruption and the common bribing taking place in the Indian government. On all banknotes, even on the 0-rupees note, you can find the emblematic figure of Mahatma Gandhi.

The rupee or rupian means «silver» in Sanskrit. It serves as an exchange currency in a few countries in the region including Pakistan, Sri Lanka, Indonesia, Nepal, the Maldives, Mauritius and even the Seychelles. 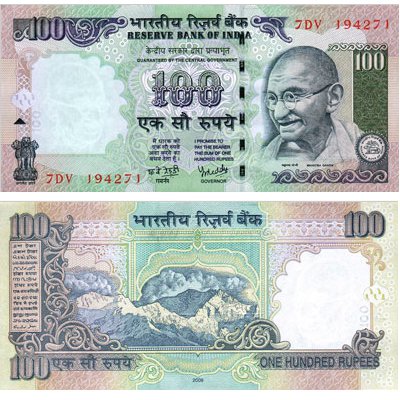 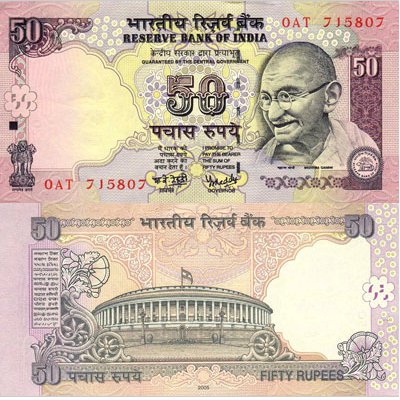 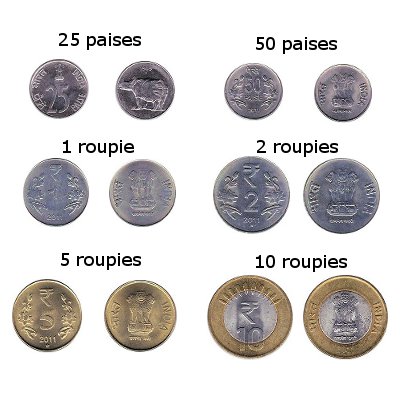 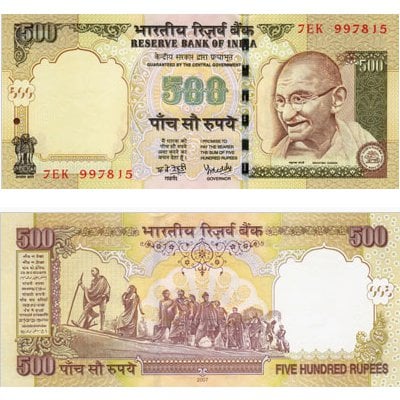 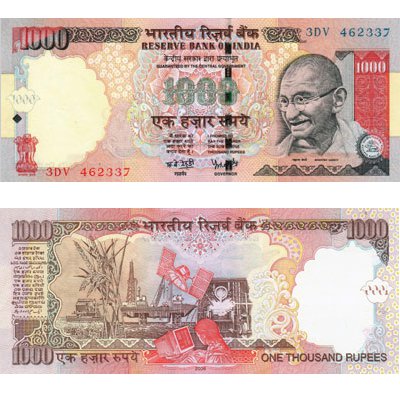 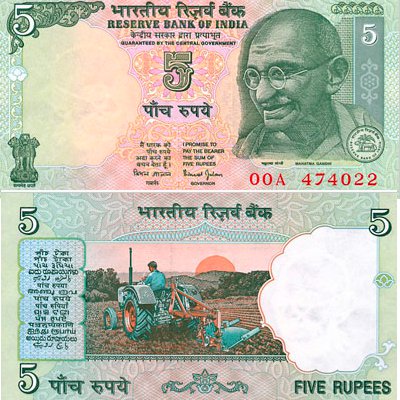 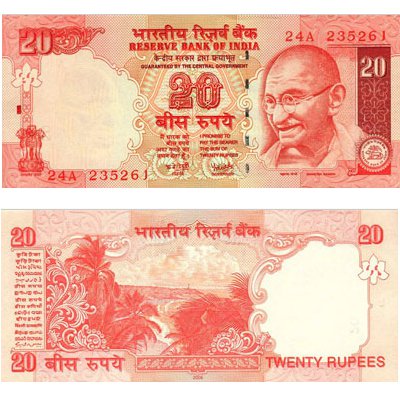 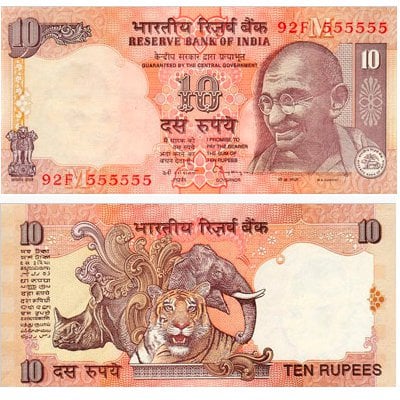