The Peso and the Spanish language are the remaining testimonies to the passage of Spanish colonists through South America. Spanish is spoken everywhere in South America except in Brazil, and the Peso is also used as the denomination of coinage in Chile, Colombia and Uruguay. This reflects the former influence of the Spanish monarchy.

On the other hand, the Argentinean banknotes retrace the history of the country's liberation from the Spanish yoke. On their backs are found the images of most of the 19th century Argentinean generals and statesmen, who led battles or the reconstruction of the country as it is today: Among these personages is General San Martin, featured on the 5 Peso bill, he is none other than the liberator of Argentina, Chile and Peru!!

The 1 Peso coin features one of Argentina's most powerful symbols: The "Sun of May" (Sol de Mayo) , representing Inti, the Inca god of sun that also figures not only on the Argentinean but also the Uruguayan national flag. "Sol de Mayo", in Spanish, refers to the May Revolution that took place in the week of the18th to the 25th of May,1810, marking the beginning of the process of independence from Spanish control of the countries then constituting the Viceroyalty of the Río de La Plata. 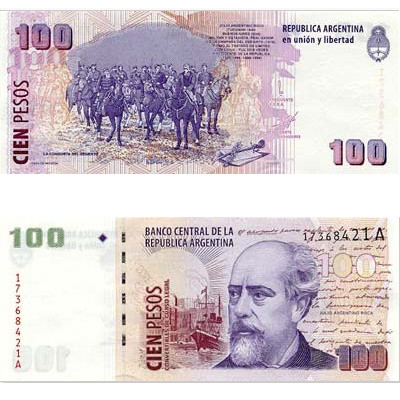 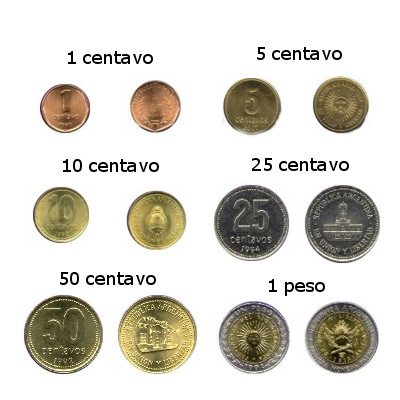 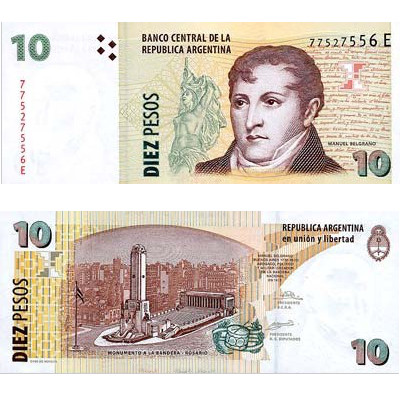 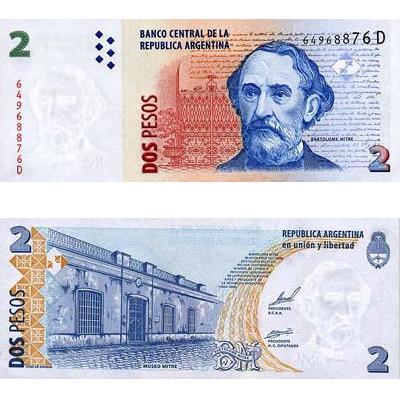 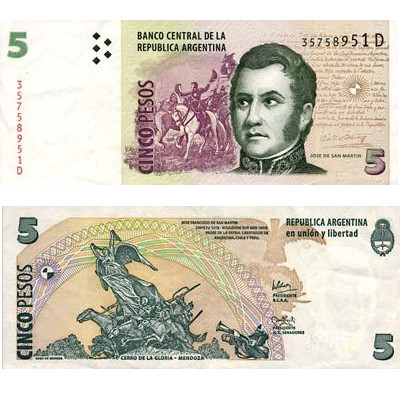 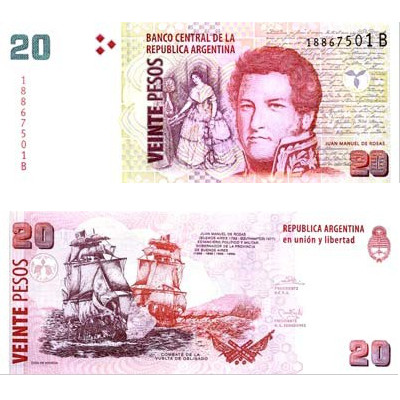