Real means royal in Portuguese. Brazil has preserved this name since 1500, when Portugal was the governing power in the country and its currency was in circulation.

The country's banknotes are very colorful and attractive. They are unusual in that they are printed with a vertical orientation. This is an peculiarity that the Brazilian currency shares with the Swiss Franc. Brazil is one of world's richest countries in animal species, although some are on the road to extinction due to deforestation of the great Amazonian forest. So, Brazil pays tribute on its banknotes to the colibri hummingbird, the hawksbill sea turtle, the eaglet, the parrot, the golden lion tamarin, the jaguar and the grouper.

The coins feature outstanding personages of Brazilian history, such as 16th century voyager, Pedro Álvares Cabral, on the 1 Centavo coins or D. Pedro I, Brazil's first monarch after independence, on the 10 Centavo coins.

The 1 Real coin carried a female effigy symbolizing the Brazilian Republic. This is also stamped on the face of all the banknotes. 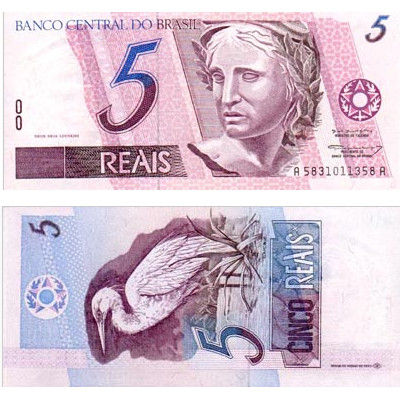 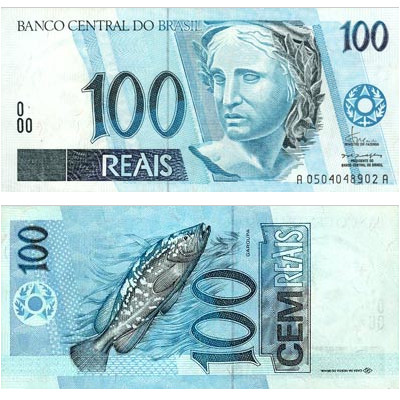 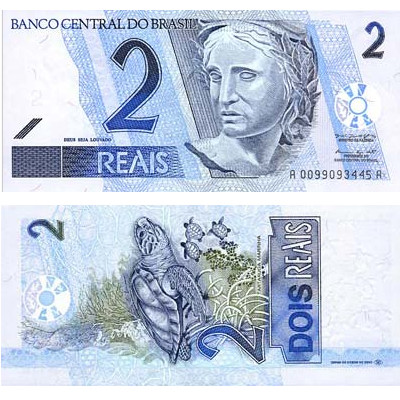 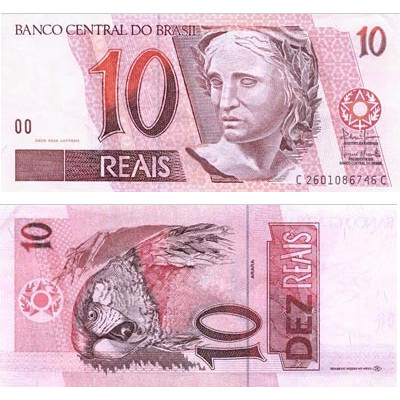 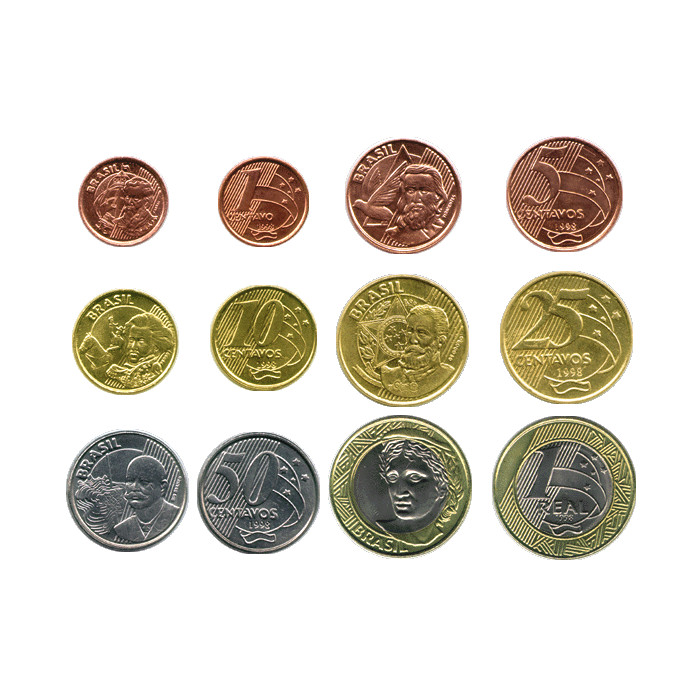 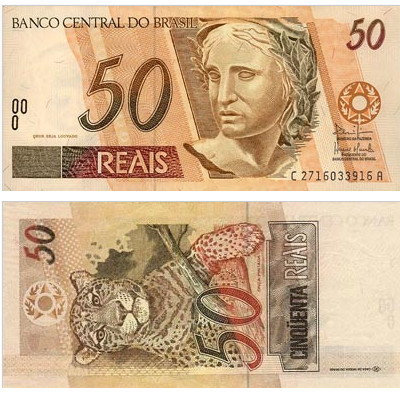 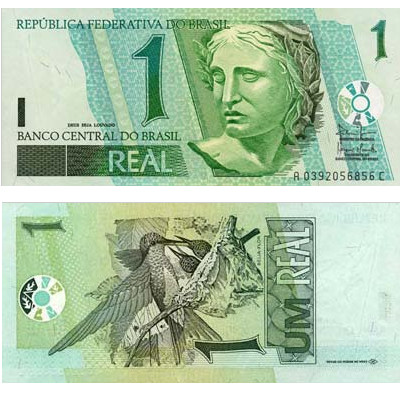 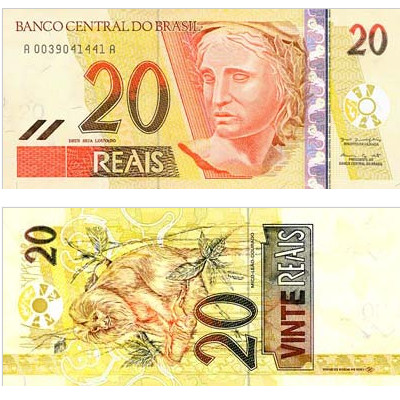