Like the Tunisian dinar, you can find homage to Hannibal on the 500-Alegerian dinar banknote in the form of the elephants he used to travel around the Mediterranean to go confront Cesar in Rome.

Beyond this story in the Maghreb countries, Algerian banknotes are only in Arabic and the drawings printed are extremely refined. The coins are also only in Arabic and are struck only with heads of animals: the fennec, the horse, the camel, the elephant, the falcon, the lion and even the gazelle. What makes Algerian coins special is that all the digits have a unique appearance. The 100-dinar coin has the 1 substituted by a palm tree, and the 2 zeroes are horses’ heads facing each other.

The Algerian dinar reappeared in 1964 after it had been «removed» from the French colony. And to mark its independence even further, Algeria struck its coins only in Arabic (beforehand, the franc was used in the country). 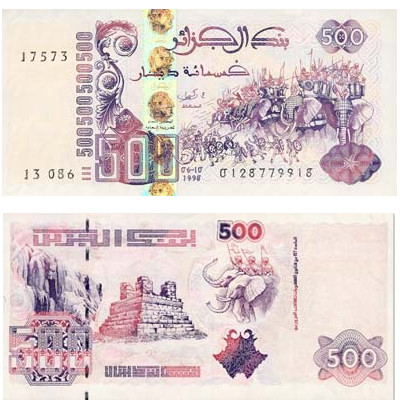 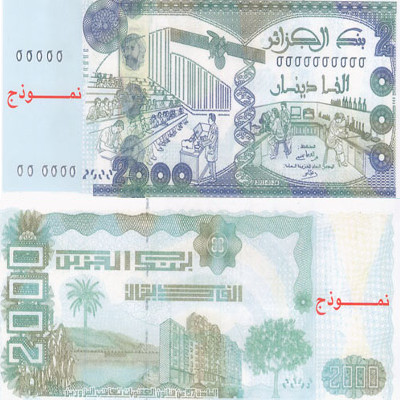 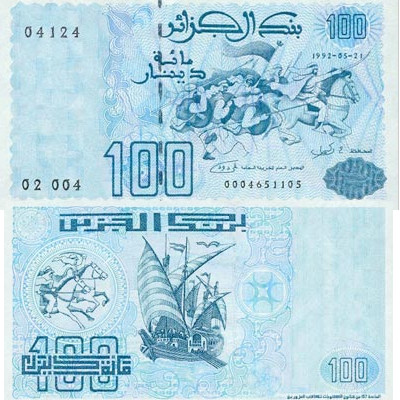 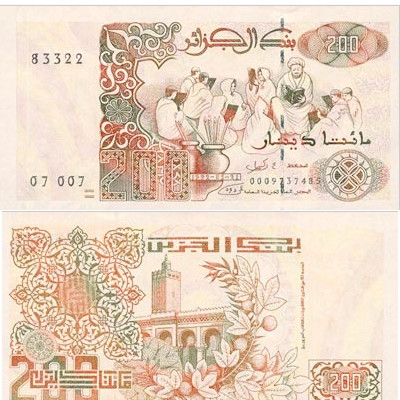 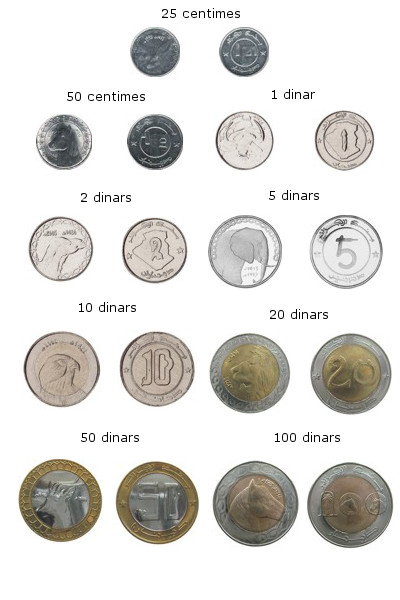