Libya is famous for its desert, dromedaries, oil and… its former President Mouammar Kadhafi. These 4 themes are displayed on the Libyan Dinar. The new Libyan leadership announced in February 2014 the progressive withdrawal of the 1 Dinar Libyan banknotes on which appears the deposed former president. They also decided to remove the reference to the Libyan Arab Jamahiriya, the official name of the country under the Kadhafi régime.

Apart from this bill, which would have to be reissued, the banknotes feature the following themes:

On the back of the banknotes, there is often a space devoted to the mass of the people on the 5 and 10 Dinar bills. All of the coins carry the image of a Libyan horseman. 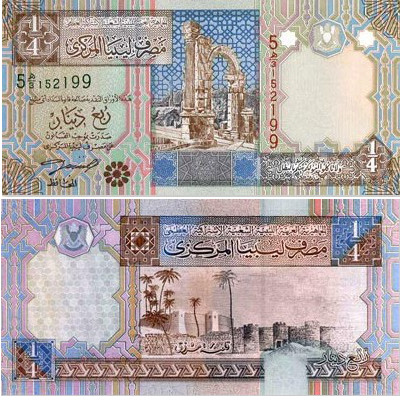 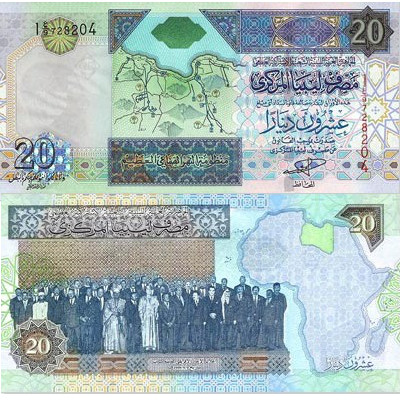 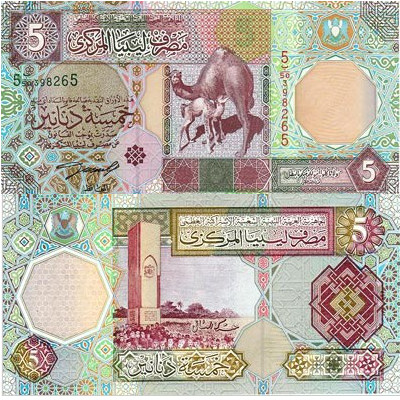 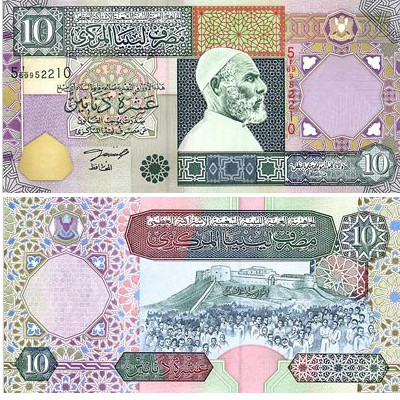 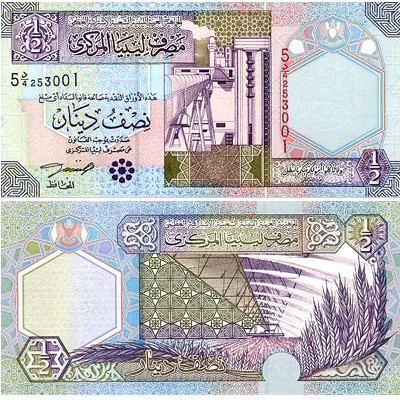