Switzerland: the country where all that glitters is gold, or at least money - but actually this isn't really the case. Money in Switzerland can be found mainly held in banks, these pillars of the Helvetic economy. There are more than 300 different banks as of 2012. They are at the top of the global ranking as far as managing their private clients' fortunes through the two main banks, UBS and Credit Suisse.

Banknotes are very modern, very detailed and are at the cutting edge of technology. They are special because they are printed vertically.

As for coins, they have been kept somewhat neutral with regard to the many languages spoken in Switzerland (French, German, Italian and Romansche) by having their texts written out ... in Latin. The Swiss are famous for not wanting to offend anyone.

The franc (or Franken in German, franco in Italian or franc in Romansche) is subdivided into 100 centimes (or Rappen or centisimi or raps). The name probably dates from 1850 when Switzerland unified its various currencies with a value equal to the franc in France. 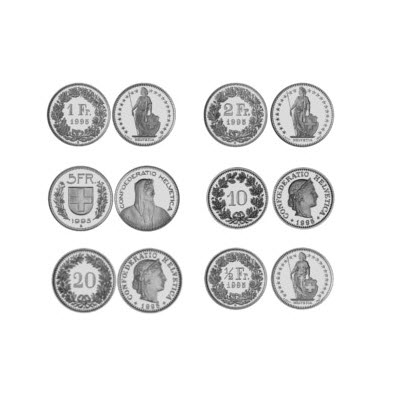 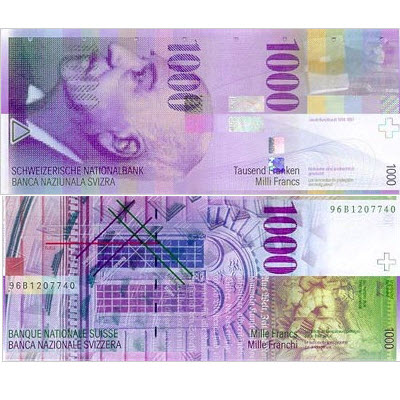 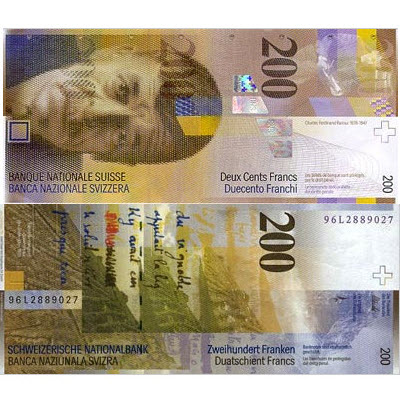 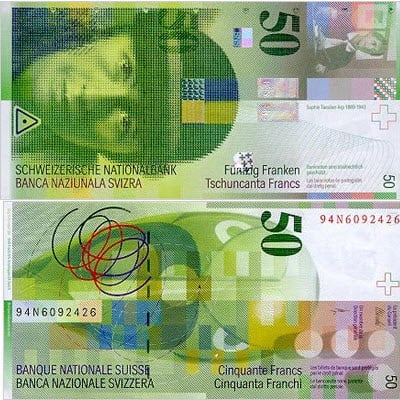 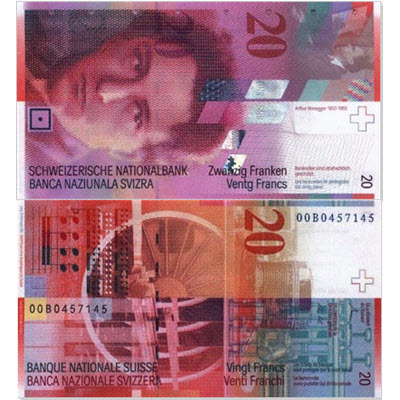 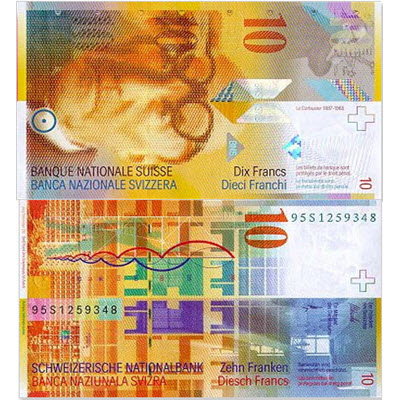 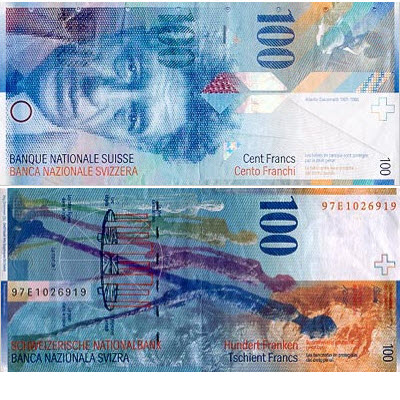