The Hong Kong dollar is divided into 100 cents or 10 ho (in Cantonese). Since the cession to China in 1997, coins and banknotes issued have been bilingual in English and Cantonese. And even though this currency is also called a «dollar», its exchange rate is not listed with the US dollar.

Still before the retrocession, Queen Elizabeth II (and before her, her ancestors) were featured de facto on all coins and banknotes. Now, you’ll find the bauhinia flower, which was adopted as the emblem of Hong Kong in 1965.

The same goes for the banknotes, where the queen has been replaced with a lion’s head on the front of each banknote. These lions, because they don’t all feature the same head, are the mascots of the bank HSBC. The two bronze statues that sit at the entry to the bank in Hong Kong, have become objects of veneration supposed to bring luck and prosperity to those who touch their paws or noses. 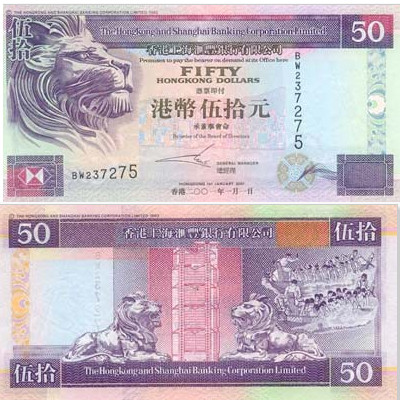 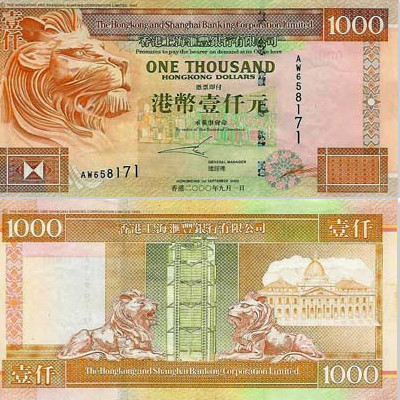 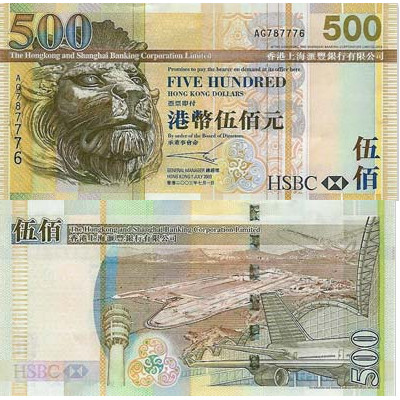 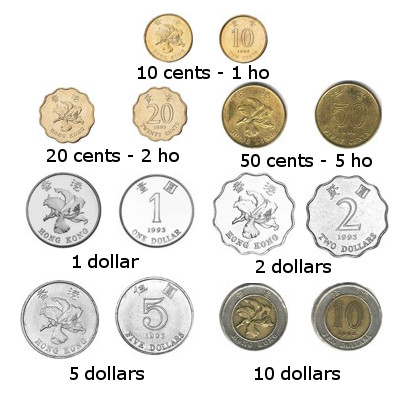 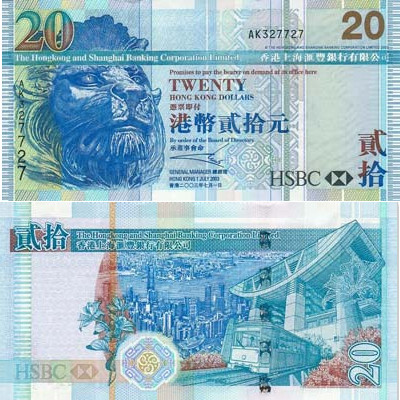 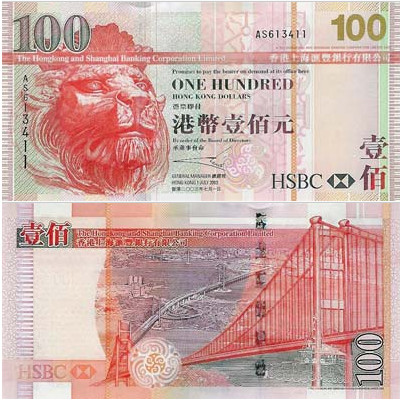