The Norwegian Krone or Crown

The Crown or Krone is the name of the Norwegian currency. It is also the name of the currencies of Sweden, Denmark and Iceland, and refers, as do all these currencies, to the system of the monarchy (although parliamentarian, also) still in place in these countries. The true symbol of the crown is found on the 50 Ore coin, the smallest coin in current circulation in the country (1 Krone = 100 Ore). The image of the currently reigning King Harald V is also fund on the 10 and 20 Krone coins. The Norwegian coins are all issued with the official Norwegian Mint mark, 2 crossed mining hammers. This hammer recalls the silver miners of the deposits uncovered in 1623 that were used to make the first coins and continued to be their material source for 2 centuries.

The banknotes, on the other hand, pay respect to the country's prominent artists and scientists, such as :

On the back of each banknote is a stylized image related to each of the artists. 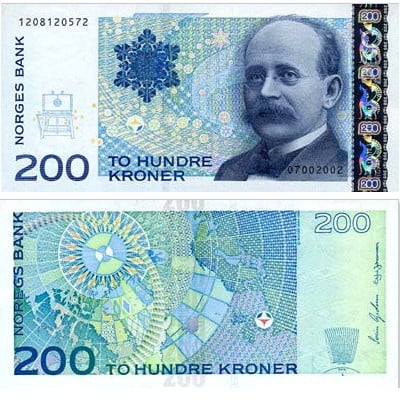 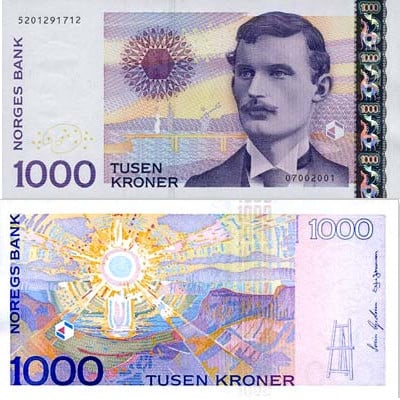 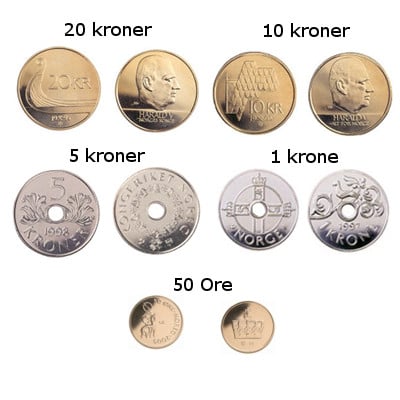 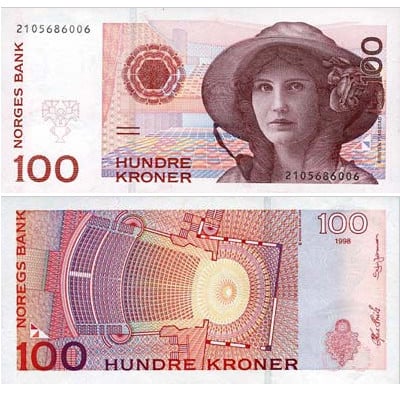 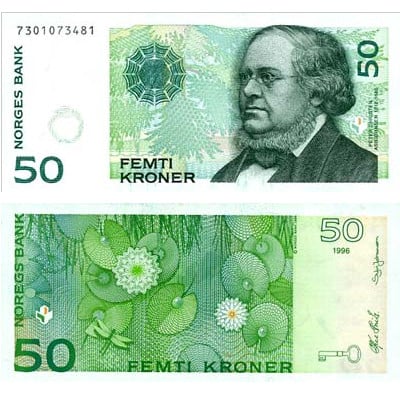