The ruble, the Russian currency

«That’s not worth a kopeck!» You’ve all heard this well-known expression to refer to something that isn’t worth much. The kopeck is the subdivision of the ruble, the Russian currency, and this expression actually comes from the fact that in the West, its value is rather low (100 kopecks ~$0.03 US) and Westerners make fun of it this way.

The ruble, or «roubit» (meaning «to chop») in Russian appeared in the 13th century; at the time, small pieces of silver ingot were chopped up with a hatchet to carry out transactions.

The Kremlin, the official residence of the tsars, then of the leaders of the USSR, and even today the political center of the Russian Federation, is very much represented on the Russian banknotes. This great triangular fortress flanked by 19 towers is located at the heart of Moscow and can be found on banknotes of 100, 200, 500, 1,000, 5,000 and 10,000 rubles with the 70m Spasski Tower dominating Red Square.

In recent years, Russian coins have also features a very famous figureheads that have contributed to the glory of the country such as Yuri Gagarin and Dostoyevsky. 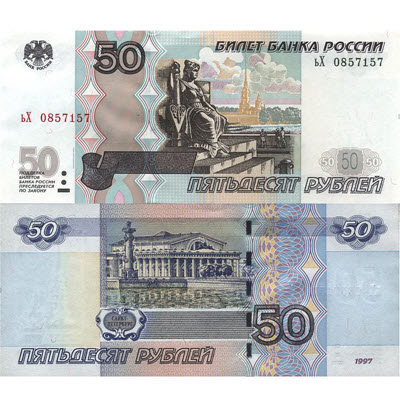 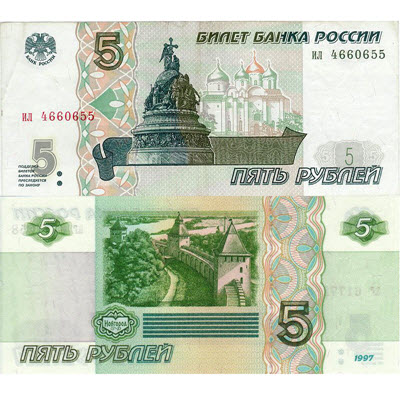 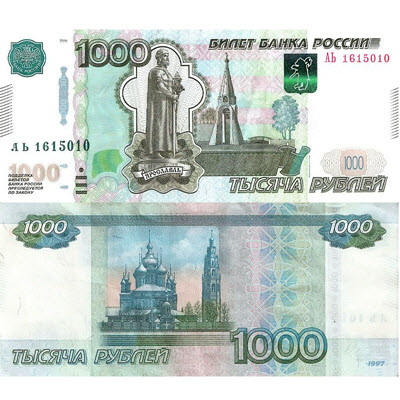 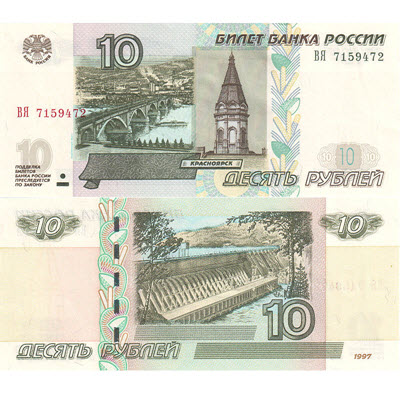 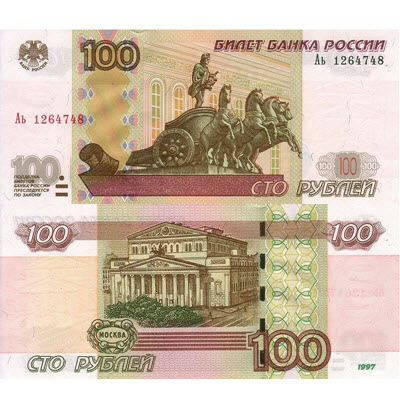 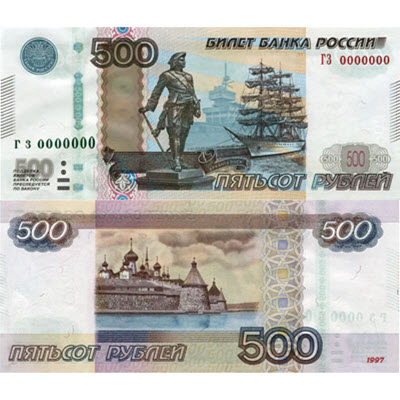 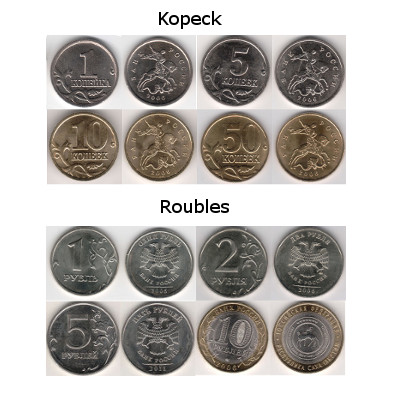 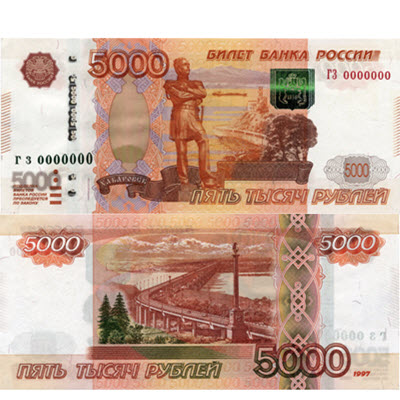