This country is very attached to its currency and its monarchy. It’s part of the European union, but not its common currency.

The Swedish krona (crown) decorates all Swedish coins and on the 10-krona coin, you can find the official bust of the king of Sweden, Carl XVI Gustaf.

Besides their royal figureheads, who have not significantly marked world history, you can find some local artists on the banknotes currently in circulation such as a lyrical singer of the 19th century, Jenny Lind and the naturalist Carl von Linné.

The only one that stands out is Selma Lagerlöf. Selma was the first woman to receive the Nobel Prize in Literature in 1909. She is the pride of the country, and she wrote «The Wonderful Adventures of Nils», which tells the story of Nils, a mischievous child who shrinks because of a spell cast by an elf and who travels all over Sweden using another power the elf gave him: speaking with animals. Selma and Nils can be found on the Swedish 20-krona note. 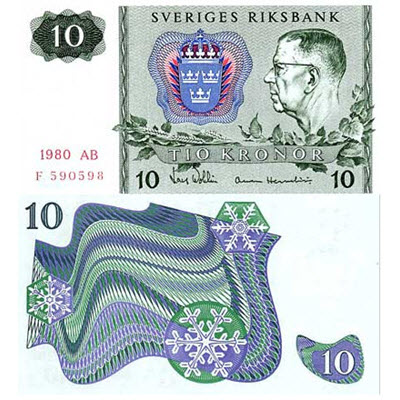 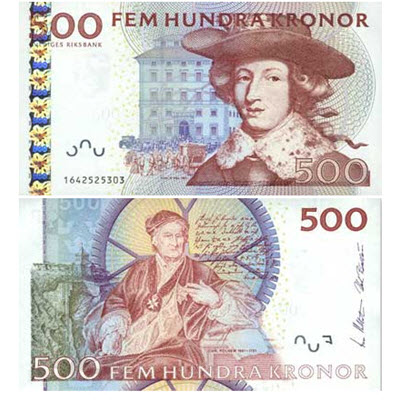 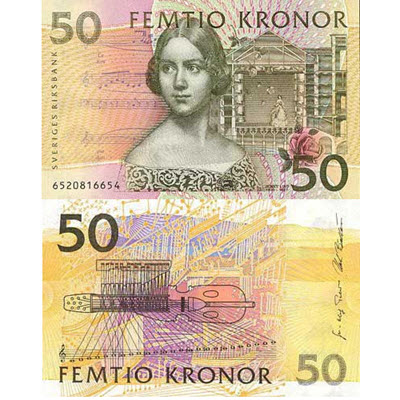 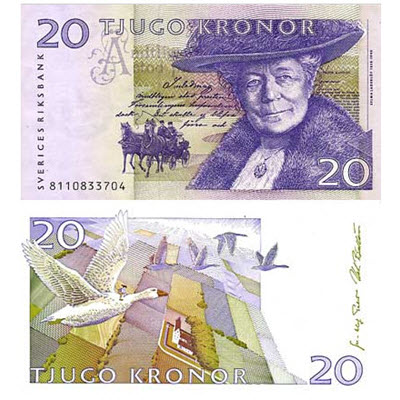 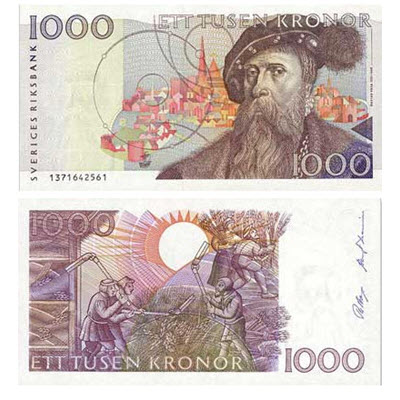 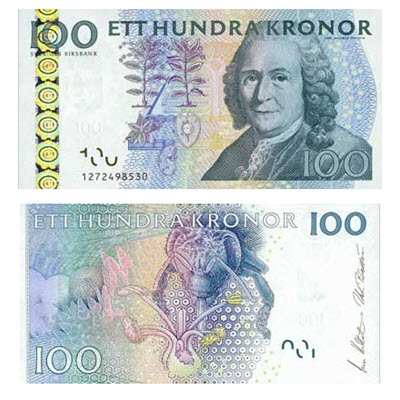