«Dinar» comes from the Latin «denarius aureus», a gold coin and is originally from the Roman empire. The dinar is also the name of the Algerian and Libyan currency. However, in Tunisia, this name only appeared in the country in 1958. Before, the Tunisian franc was in circulation as it was part of the French protectorate.

On the banknotes, you can find legendary men famous throughout the Mediterranean basin, including Hannibal, who refused Roman domination and crossed Spain, the Pyrenees and the Alps to reach the gates of Rome and defy the emperor in his lair. Since he passed through the whole Mediterranean basin, he can also be found on Algerian banknotes.

Banknotes of 10 and 20 dinars were replaced quite recently after the Tunisian Revolution because they used to bear the mark of Ben Ali’s forced takeover in 1987.

You can find many coins in Tunisia, including very light aluminum coins of 5 millimes. But since the dinar is divided into 1000 millimes, and the currency’s exchange rate is very low, coins of 20, 10 and 5 millimes are basically useless. 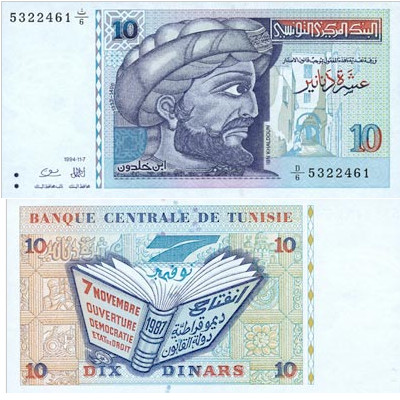 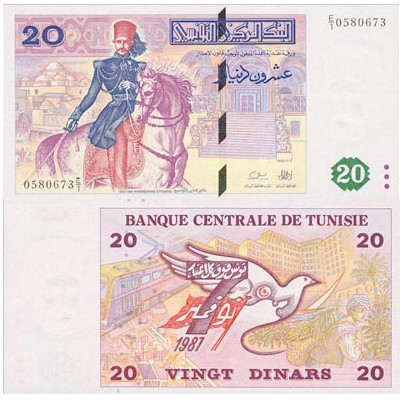 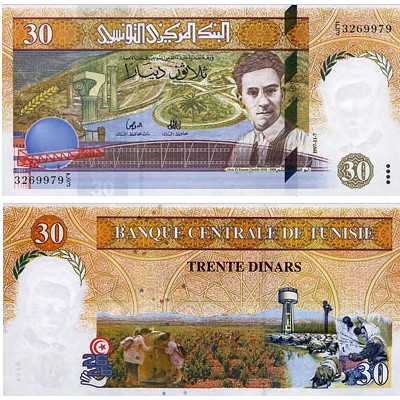 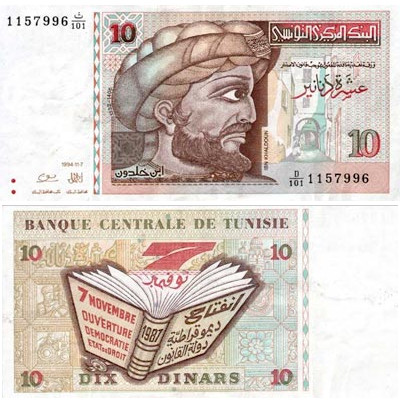 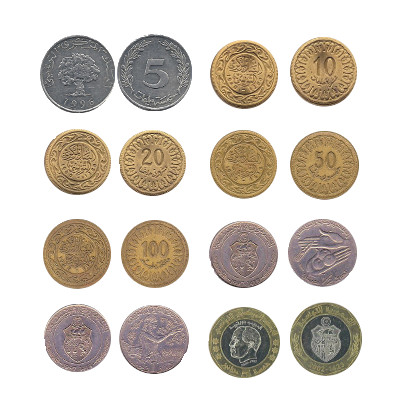 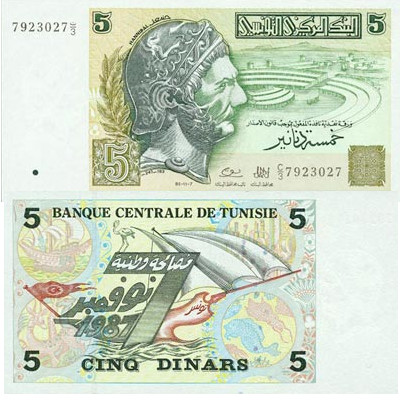 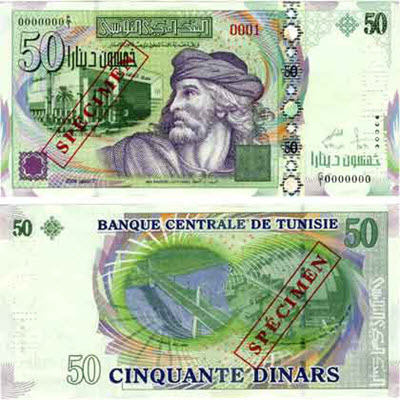