The aussie, the Australian currency

As a member of the Commonwealth, Australia is «obliged» to feature its monarch on its currency. You’ll find Queen Elizabeth II on the back of all Australian coins since 1966. If you are a collector, you can see her age throughout the coin series. On the front of the coins, the Australians feature emblematic animals of the country: the duck-billed platypus, the lyra bird and even the kangaroo and the emu.

You won’t find the queen on the very colorful Australian banknotes. However, you’ll observe on both sides of every note Australian figureheads who have made Australian history and have built the country’s independence such as Henry Parkes, the «Father of the Federation» at the end of the 19th century, but also cultural icons of the country such as Andrew Barton Paterson, one of the greatest writers and poets and Nellie Melba, a virtuoso soprano of the early 20th century.

The Australian dollar, or «aussie» for currency traders, are very modern banknotes made of tear-proof plastic and is very widely used in the country; cash is used to pay rent, for example. 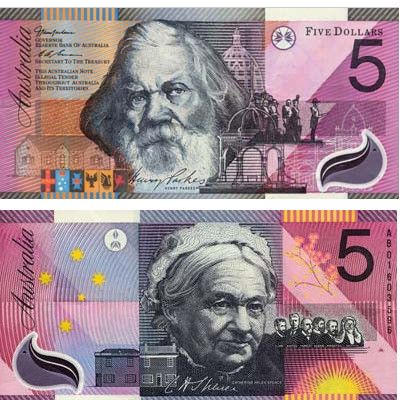 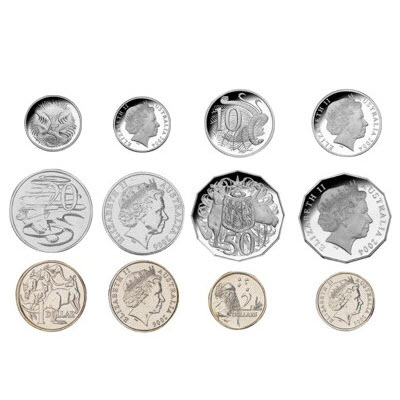 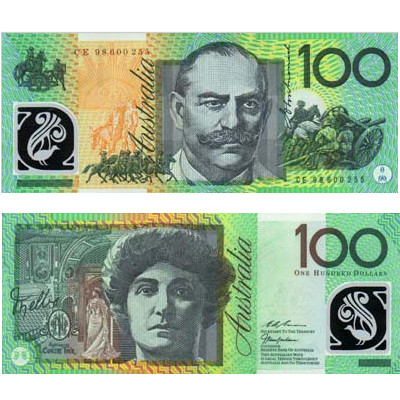 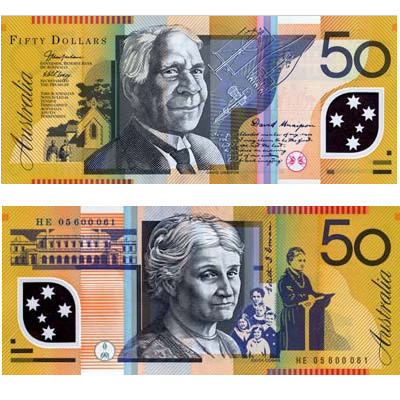 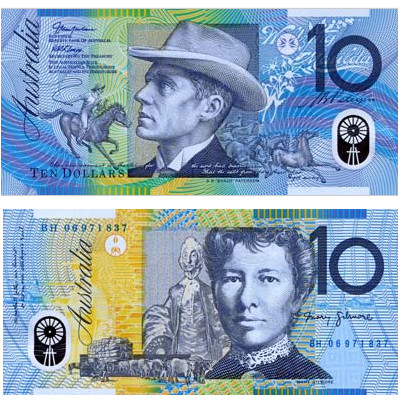