The use of the Florin as currency in this tiny island to the north of Venezuela following its years of annexation by the Kingdom of the Netherlands. In 2002, the island decided to retain this exchange currency rather than go over to the Euro because of its linkage to the US Dollar at a nominal rate of 1 USD per 1.79 AWG, which facilitates commercial exchange in this region of the world.

The banknotes it has issued since 2002 are very colorful and modern, although the cubic motifs on the back represent pre-Colombian art. The upper side of the banknotes is illustrated with the animals that are native to the island and its territorial waters, such as the white turtle, the grouper and the rattlesnake.

There are a few coins that are unusual in their square shape, but they are all made of the same silver alloy (there is no mixing of 2 alloys as is often the case in other countries for their more valuable coins). Although autonomously governed, the little island also renders its homage to Queen Beatrix of the Netherlands, whose face appears on the 2 and 5 Florin coins.

The name, Florin, comes from the Latin, florenus, gold coins minted at the time in Florence and decorated with the city's symbol, the Lily. 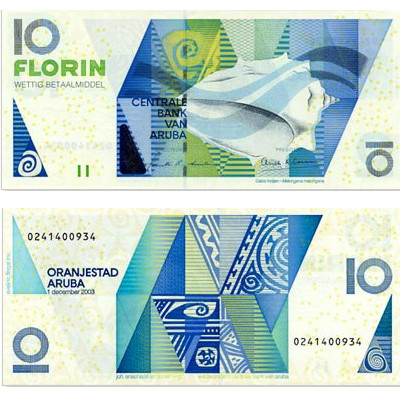 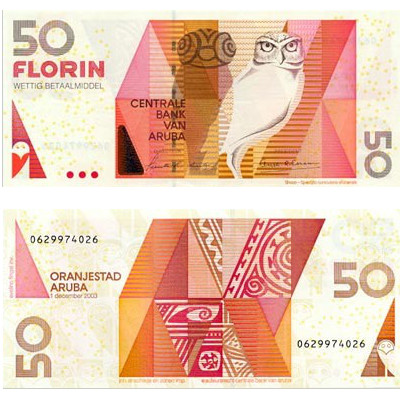 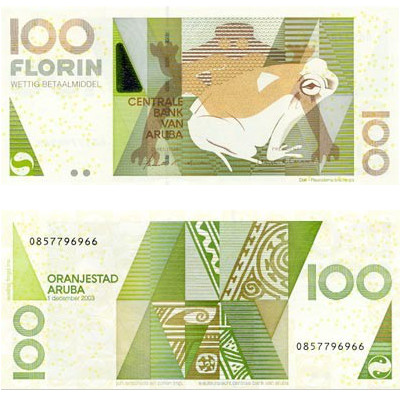 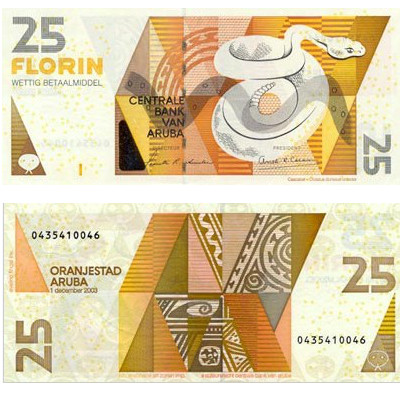 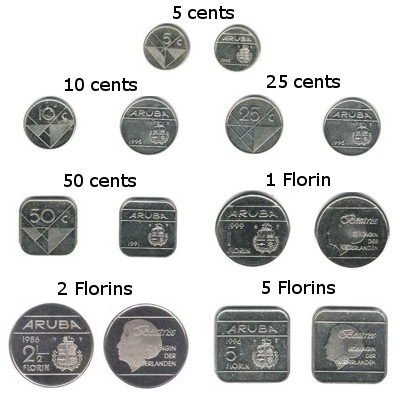 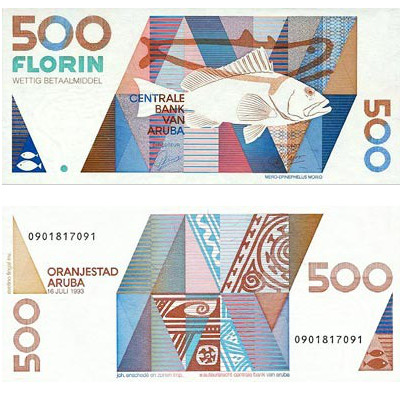