Won means "round" in Korean, like Yen in Japanese or Yuan in Chinese, the names of the currencies of Korea's neighboring countries. There is no need to seek any less obvious source than that of their roundness to explain the naming tradition of these coins.

The Korean banknotes are illustrated with very detailed and intricate designs. The faces of the banknotes display portraits of illustrious historical figures, who are totally unknown elsewhere in the world. On the 5,000 Won bill, there is the portrait of a certain gentleman by the name of ||, | being his first name and | his family name. This gentleman is a 16th century Korean sage, who learned to write in Chinese at the age of 3 and composed poems at the age of 7.

The Won is subdivided into 100 Jeons, but few of these are in circulation in Korea because of the extreme devaluation of the Won. 10,000 Wons today are worth no more than 6.8 Euros. This means that Koreans tend nowadays to carry bundles of notes rather than a purse of loose change. The current issue of the 50 Won coin is decorated with hibiscus, the emblem of South Korea symbolizing perseverance and determination. 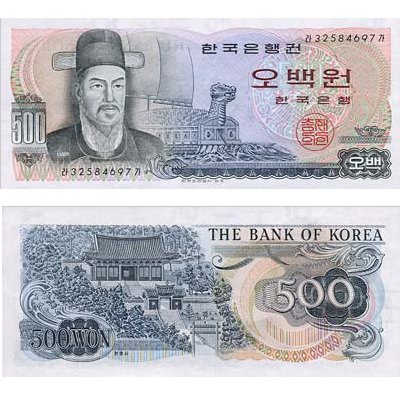 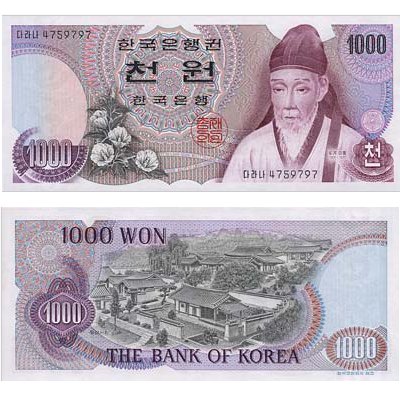 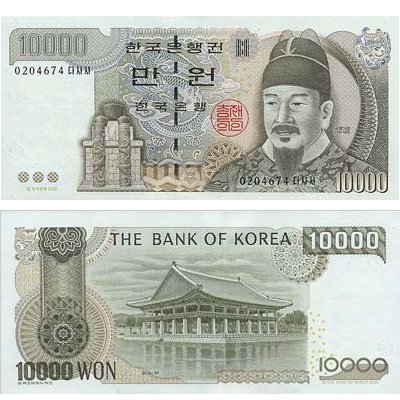 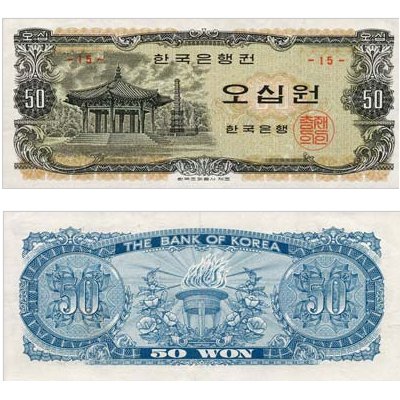 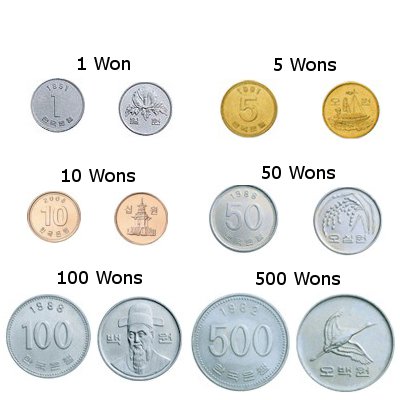 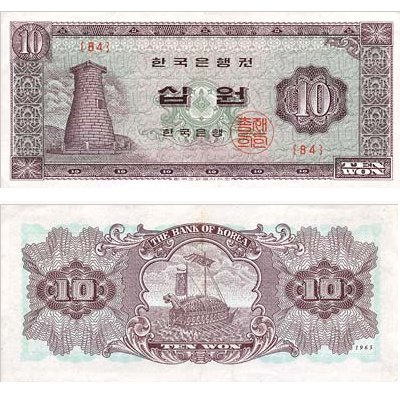 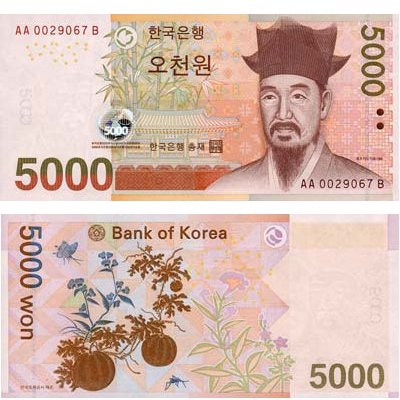