Although located within the Eurozone, Poland is not yet a member of it. The Zloty is due to disappear in 2014 or 2015. Meanwhile, the official currency, the zloty, meaning "gold" in Polish, is still minted and continues to pay tribute to one in particular of the world's most well-known figures. After visiting 129 countries and meeting more than 500 million people across the globe during his 26-year papacy (1978-2005), Pope Jean-Paul II well merited his place on a banknote. See how the smiling face of the Pope on the 50 zloty bill shines out in contrast with the austere figures and grouchy-looking kings on the other bills.

When, on May 1st, 2011, Jean-Paul II was proclaimed a saint by his successor, Pope Benedict XVI, the Polish authorities minted a 1000 zloty gold coin in honor of the occasion.

All coins in current circulation carry the symbol of a the white eagle, which forms the Polish national coat of arms. It is also possible to find, however, many commemorative coins that pay tribute equally to Marie Curie, Frédéric Chopin and the rest portraying all the country's historical but for the most part little known kings. 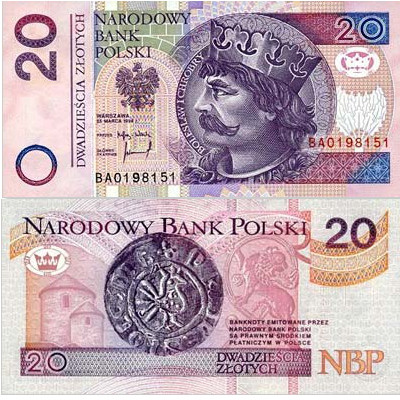 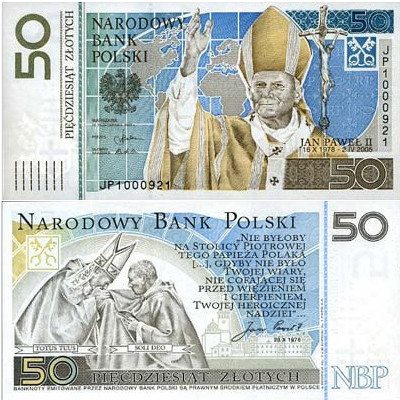 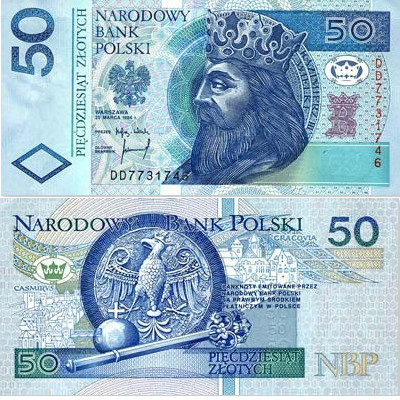 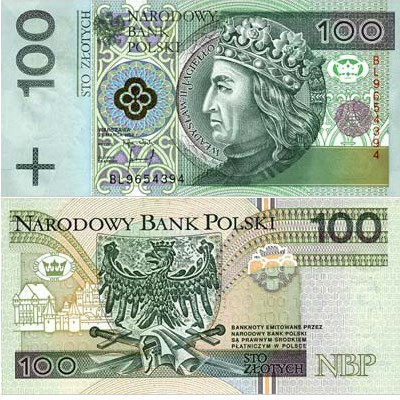 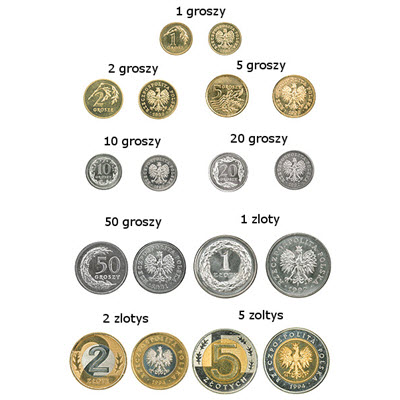 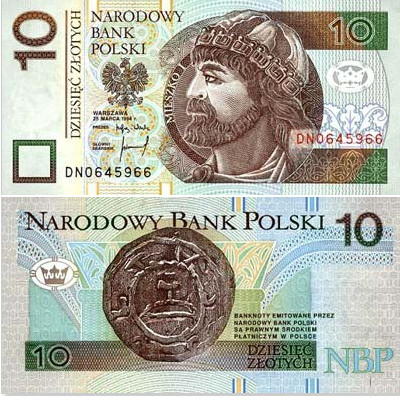 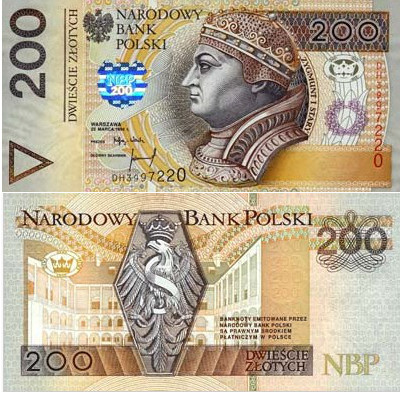