The Dong of Vietnam

Ho Chi Minh died in 1969, but still it is his head that is always depicted on the Vietnamese banknotes. Uncle Ho, as he is called in Vietnam, is the symbol and figurehead of the resistance movement that declared the country independent in 1945 and fought against the repeated attempts of the French to reinvade the country until 1954. It was only when peace was restored that he decided to retire simply to a little house built on stilts that is depicted on the 500,000 Dong bills.

All the coins and banknotes are decorated with the Vietnamese coat of arms, which consists of a circular shape containing a 5-pointed star. On the official coats of arms, the background is red and the star is yellow, making it an emblem similar to that of the People's Republic of China as well as the national flag of Vietnam, and thereby emphasizing the fact that the country belongs to the Communist régime, even though the official title of the country is "C?ng hoà xã h?i ch? nghia Vi?t Nam", meaning the Socialist Republic of Vietnam. 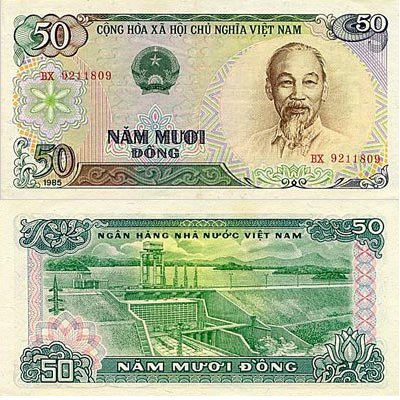 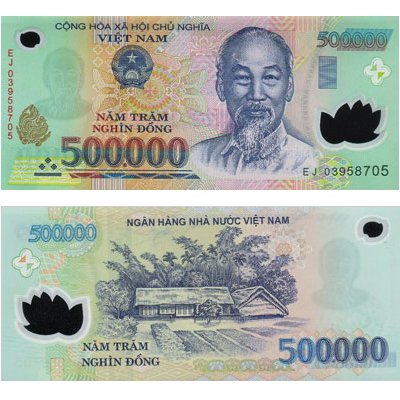 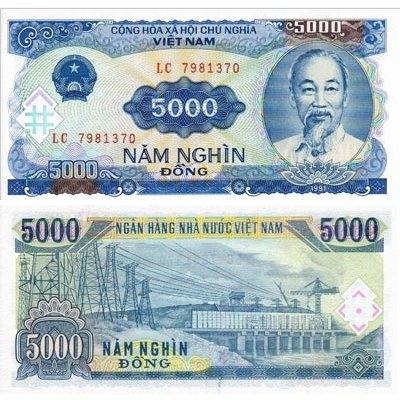 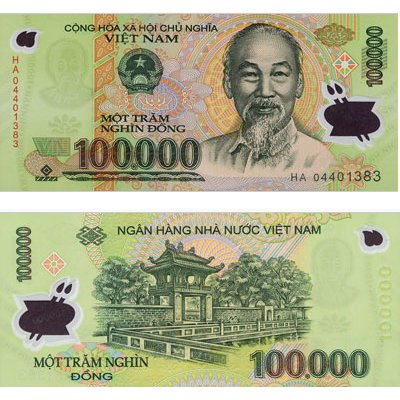 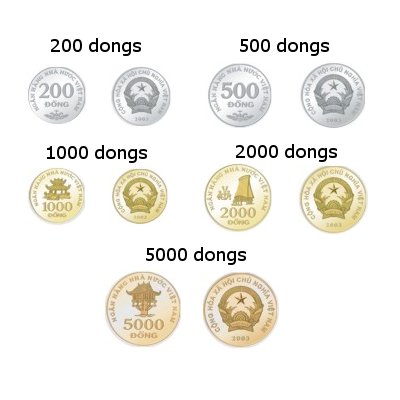 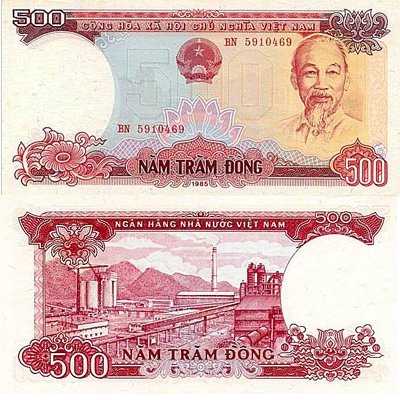 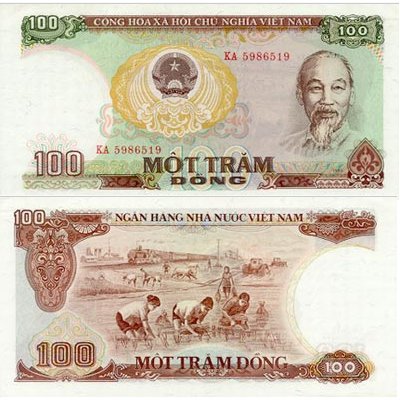 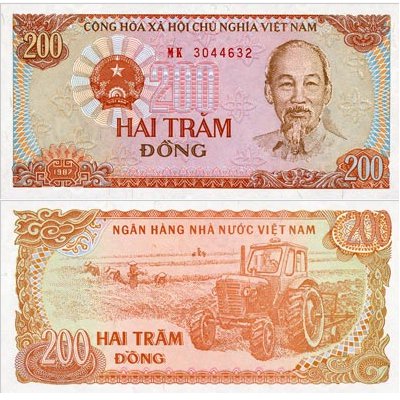 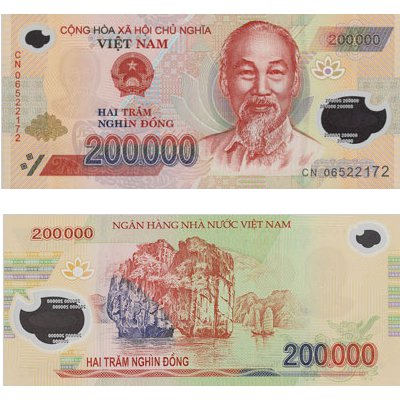 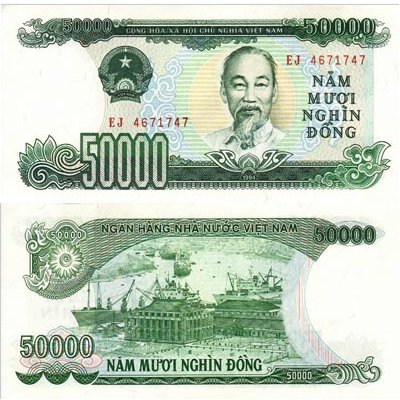 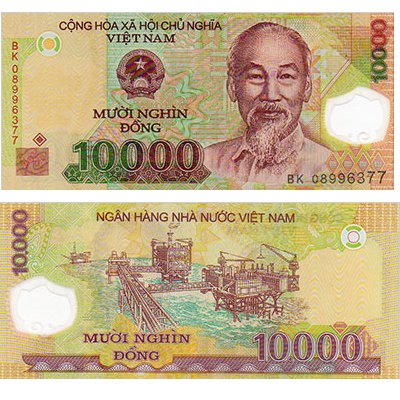