One might almost call them the "Big Six" from now on. The South-African banknotes pay tribute to the 5 greatest, species of mammal now respected and protected but once upon a time feared and hunted, together with the country's figurehead: Nelson Mandela, international icon of pardon and reconciliation. Madiba is visible on the front of all the banknotes while the back carries, in order of appearance, the rhinoceros, the elephant, the lion, the buffalo and the leopard.

The South African banknotes are very brightly colored, just like the national flag. It is not without reason that South Africa is known as the Rainbow nation: its multiplicity of ethnic groups and languages make it a country rich in culture and tradition. The only problem is to find a way for them all to live together.

On the 9 different coins in current circulation, one may find other more vulnerable wild animals: the great kudu on the 2 Rand coins, the springbok (1 Rand) and even the gnou (5 Rands). 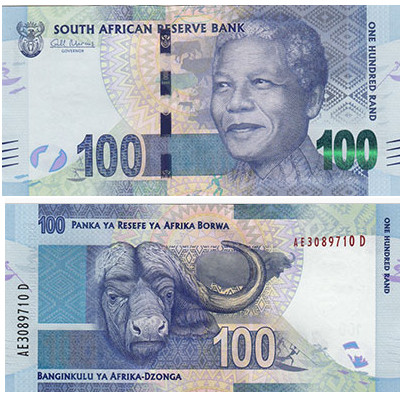 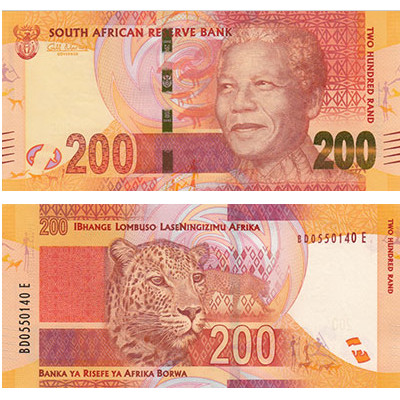 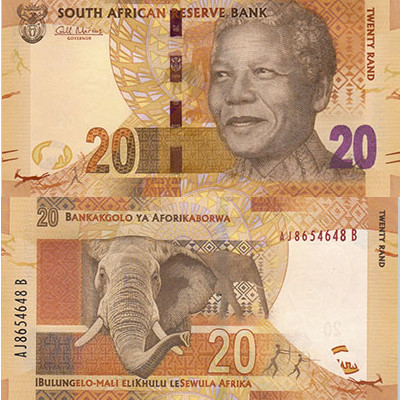 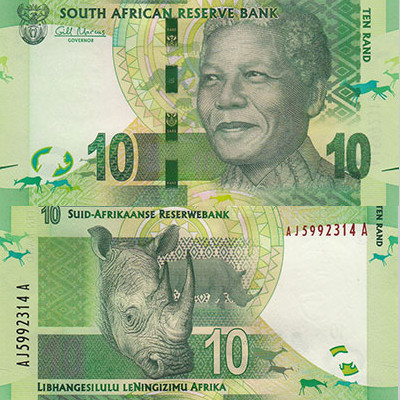 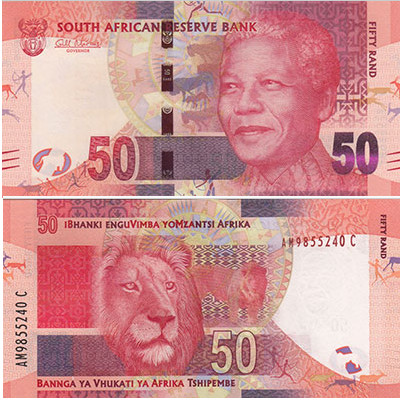 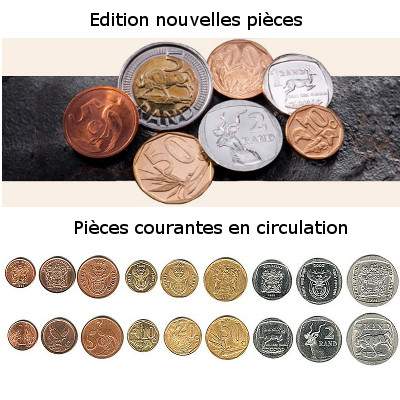