Long ago, the exchange currency in Ghana consisted only of shells – the cypraea (cowry shell), which gave its name to the currency used today in Ghana. The Cedi is divided into 100 pesewa, which is the name of a plant seed that originally served as a unit weight for gold.

Ghana's political figureheads are gathered on 2 banknotes. The upper face of the10 Cedi bill displays: Wordsworth Odame Larbi, Fred Otoo, and E. Kwasi Nukpor, who are key players in Ghana's political scene today. On the 10,000 Cedi bill, there is also a group of 6 political leaders, including Kwame Nkrumah, an independent politician, who was jailed by the British until 1951, after which he held the position of Prime Minister from 1957 to 1960, and President from 1960 to 1966.

There is only one exception: That of Yaa Asantewaa, Queen Mother of the Ashanti Empire, whose portrait appears on the 20 Cedi bill. At the beginning of the 20th century, this petite lady took the reins of the rebellion against the British colonists in place of men who were afraid.

Other banknotes and coins feature additional Ghanaian symbols, such as the emblems on the reverse side of every coin, a cocoa bean, of which the country is the world's leading producer, on the 20 Pesewas coin, or else a diamond on the 1000 Cedi bill. 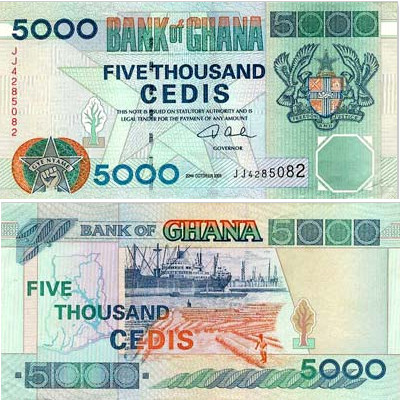 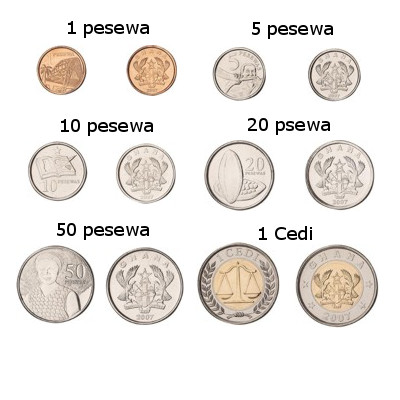 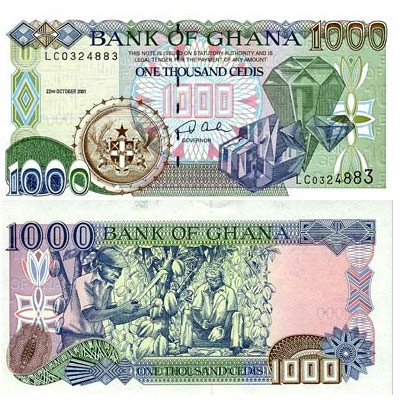 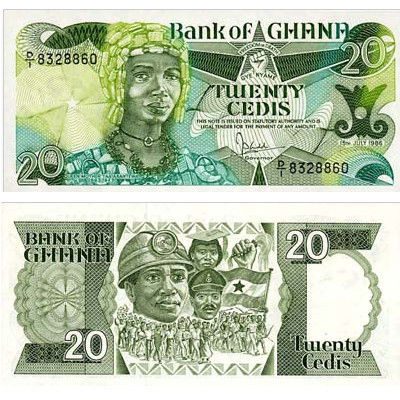 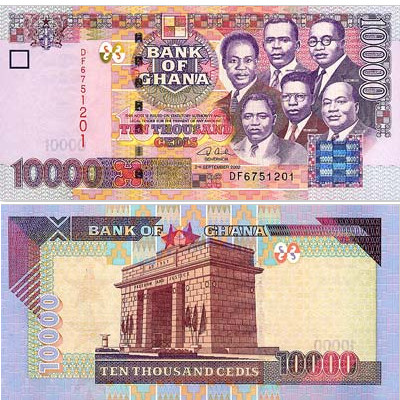 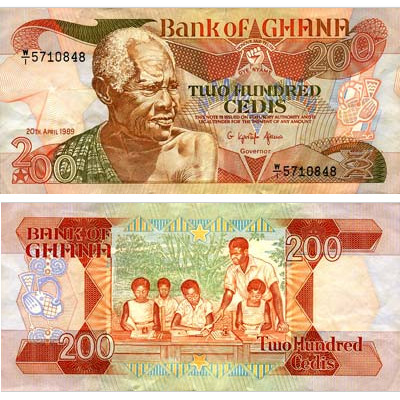 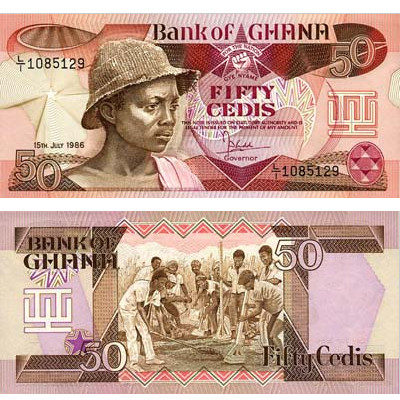 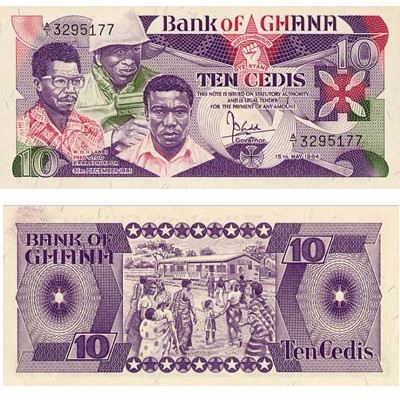