The yuan, the Chinese currency

The yuan or renminbi ("currency of the people", started by Mao Zedong) has been the national currency of Chine since the late 19th century. Its rate is always subject to a regime of virtually fixed (pegged) exchange rates controlled by the government of the People’s Republic of China using a listing in a set of currencies where since 2005, the dollar and the euro have predominated.

The origin of the word "yuan" comes from the name of a dominant Mongol dynasty between 1279 and 1368. The symbol for the yuan is the same as the yen symbol in Japan as well as the won in Korea, meaning simply "circle".

The yuan is divided into jiao ("horn") and fen ("part of"). But jieo and fen coins circulate very little in China. You’ll usually find banknotes (from 5 to 100 yuan) which all feature the head of Mao, the famous founder of the People’s Republic of China. On the back, you’ll find Chinese landscapes and monuments. On the 5-yuan note, you’ll find one of the 5 sacred mountains of China, Tai Shan. On this mountain, the emperors would offer their sacrifices to the earth and the heavens to thank them. 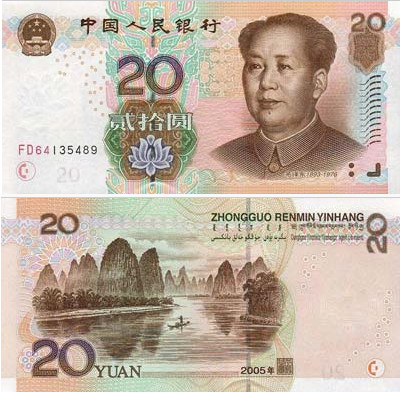 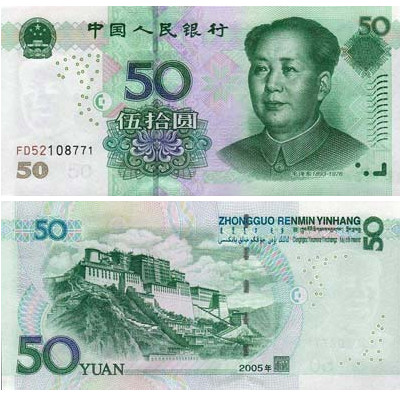 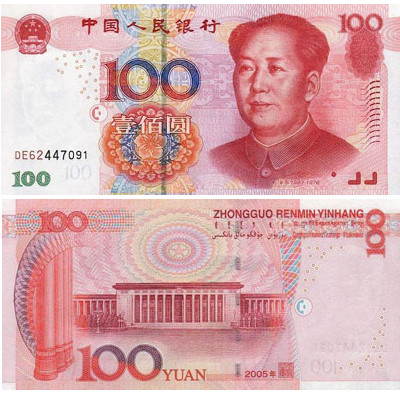 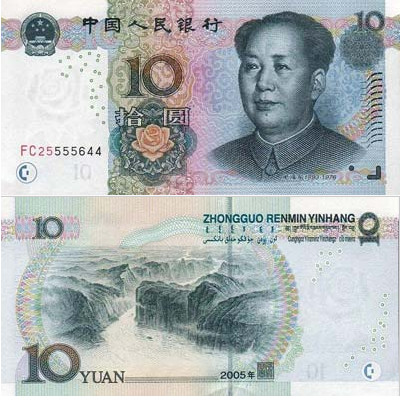 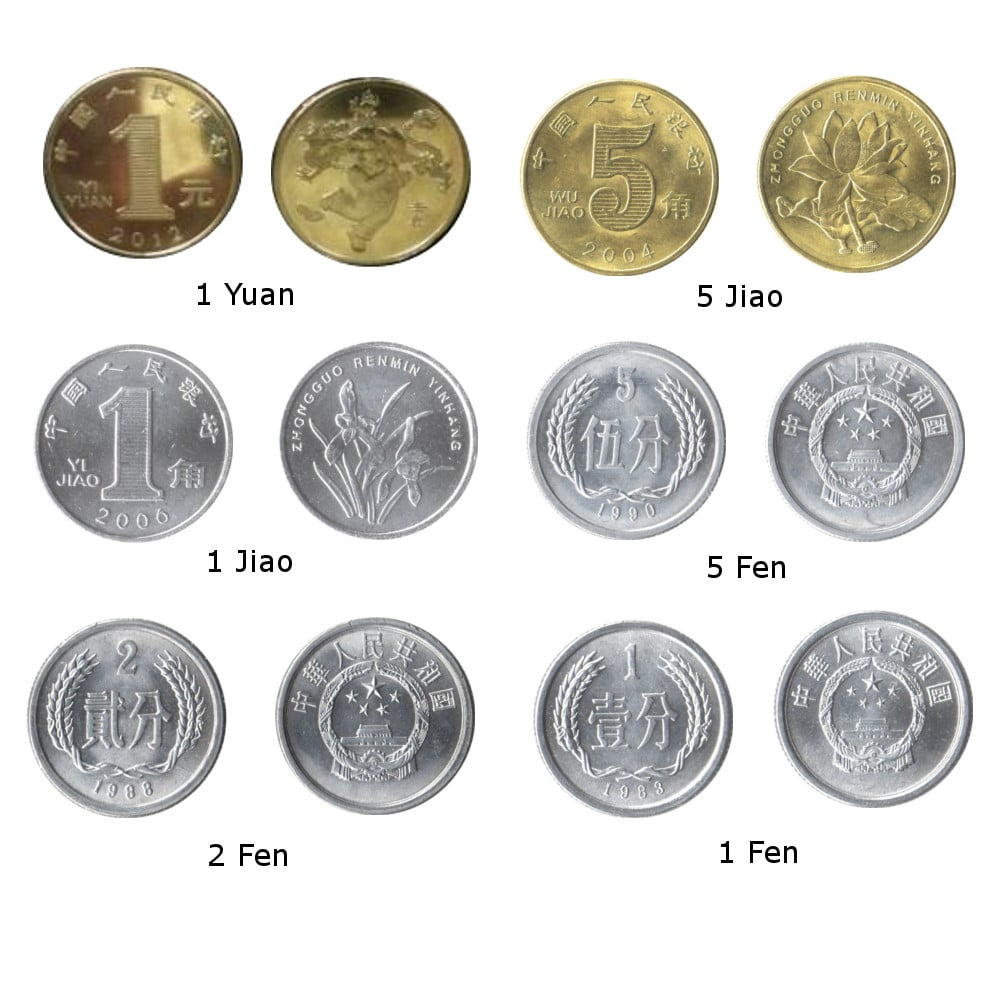 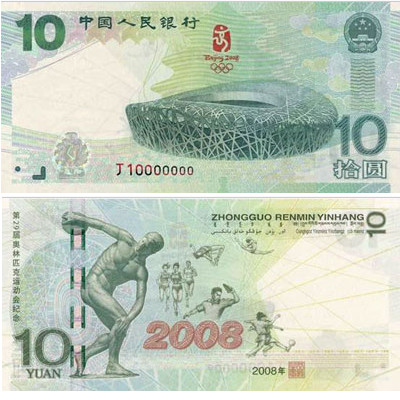 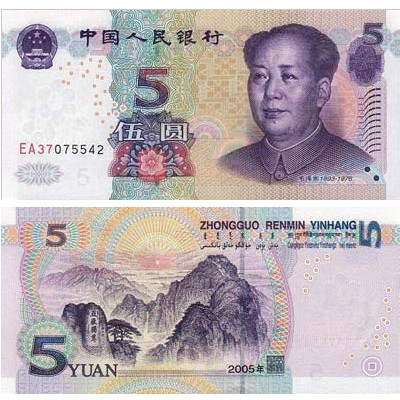