The Canadian currency, the loonie

Canada is part of the Commonwealth, so although it's completely economically and politically independent, Queen Elizabeth II of England is Canada's head of state (just like Australia, New Zealand and elsewhere). It's unsurprising to find the Queen's "mug shot" on the back of all Canadian coins as well as on the twenty-dollar bill.

Besides this, banknotes usually feature busts of former prime ministers from the early 20th century, whereas coins feature some of Canada's emblematic wildlife: the beaver, the caribou, the loon and the polar bear. The maple leaf only appears as a watermark on all banknotes.

The "loonie" is also a common name Canadians give their currency. They may also call their dollar a "piastre" in French (pronounced "piasse").

The Canadian dollar was first introduced in 1857 on the markets. Its equivalent in "gold" at the time was the same as the US dollar, but since 1950, Canada has refused to peg its exchange rate to the greenback. 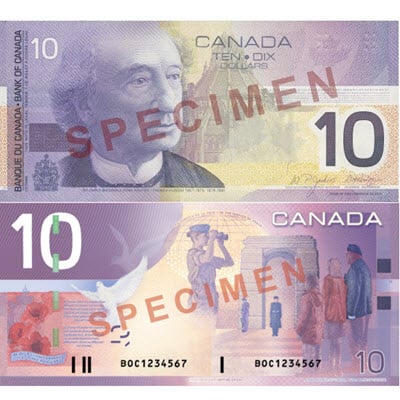 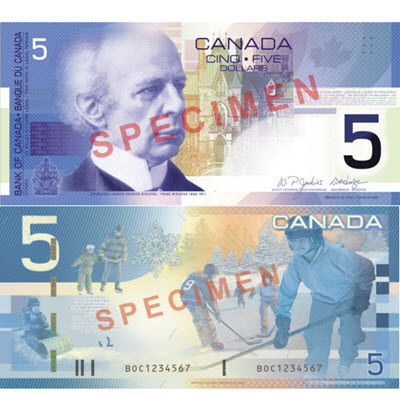 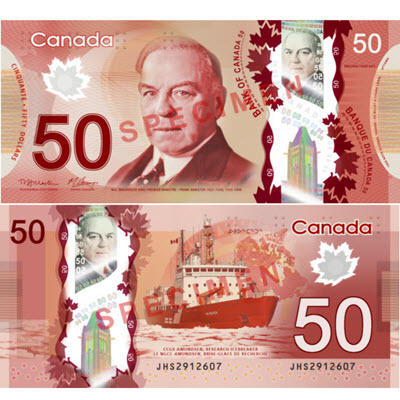 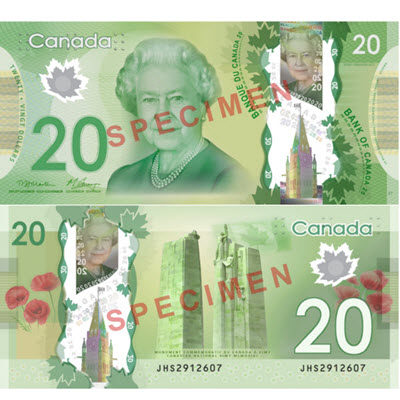 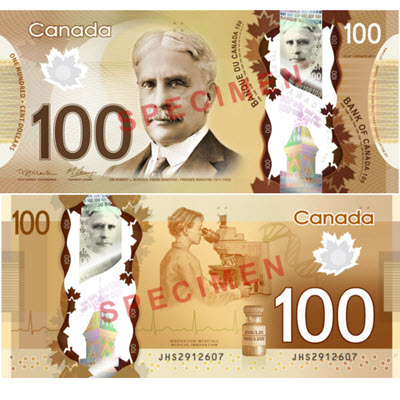 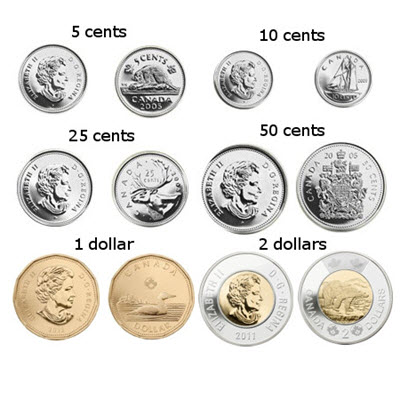