The baht, the Thai currency

King Bhumibol Adulyadej leaves no room for other figureheads or any other form of honor on Thai banknotes. He has been on the job since June 9, 1946, and was crowned on May 5, 1950. The world’s oldest sovereign has had 24 prime ministers, and nothing comes before his family.

On the paper money, you can find all sides of his bust as a young monarch, and on the back, he leaves a little room for his preceding ancestors.

The same goes for the many different coins in circulation in the country: his profile is featured on all subdivisions of the baht. You can also find a few Buddhist temples, which fill the country.

Every year, Thais spend nearly 200 billion baht on gambling. They bet on just about anything: football, cockfighting, songbird-fighting; the tiny currency facilitates exchange.

The baht is divided into 100 satang. 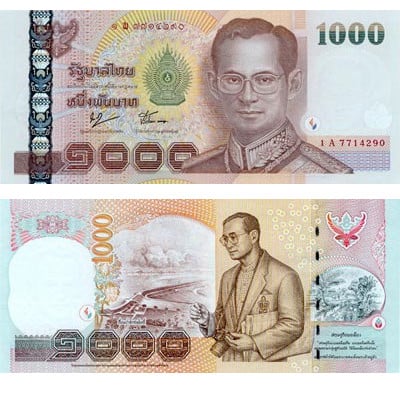 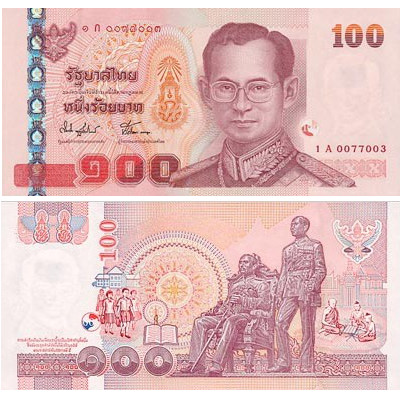 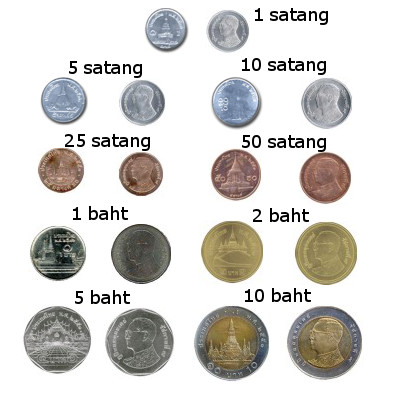 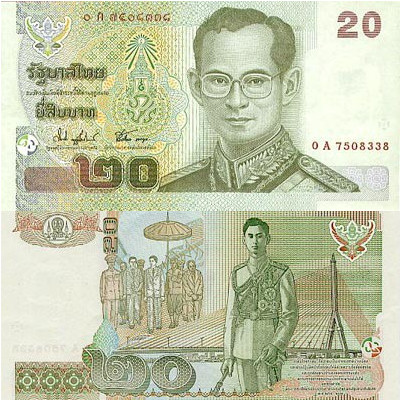 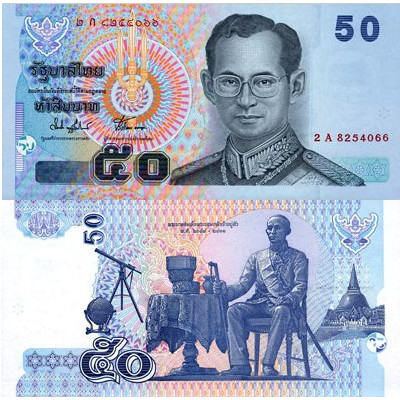