Ataturk, otherwise known as the Father of the Turks, is the man whose face is visible on the face of every Turkish banknote. He relinquished his real name, Mustafa Kemal, during the reign of the Ottoman Empire, and founded the first republic in Turkey in 1922. He initiated the separation of religion from state, the removal of the capital from Istanbul to Ankara, and the granting of the vote to women. He also replaced the Arabic alphabet with the Latin alphabet. Above all, "Gazi" ("Victorious"), it was natural to call him by the traditional nickname of Ataturk or Father of the Turks just like historical Turkish figureheads, because he was the originator of all the reforms that formed the foundation of Turkey as it is today.

Ataturk's profile is also featured on all the Turkish coins, both Kurus and Lira (the Turkish Pound). On the backs of the banknotes are found images of the tomb of Ataturk (on 1 lira and 5 lira bills), an old map of the Ottoman Empire (on the 10 lira bill) or else the Temple of Artemis, one of the 7 wonders of the world on the 20 lira bill and the famous Capadocce on 50 lira bills. The 100 lira bill bears a picture of the Ishak Pacha palace.

1 Turkish Lira/Pound = 100 Kurus, the name of which comes from gurûs, in Ottoman Turkish, deriving in turn from the medieval Latin word grossus, meaning large. 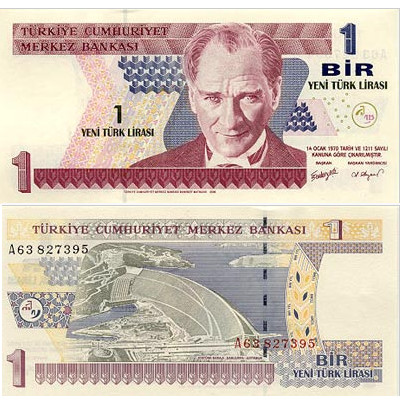 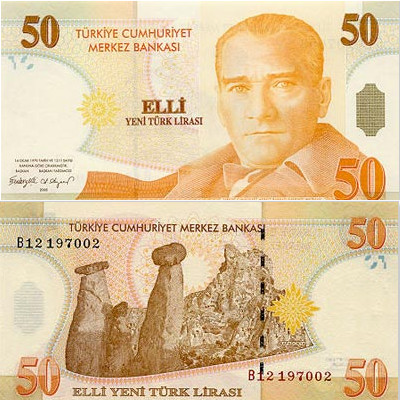 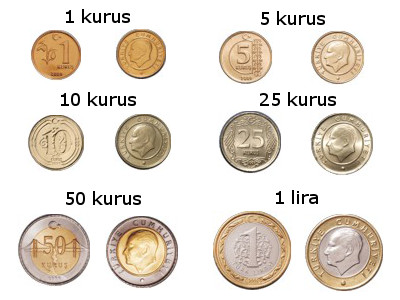 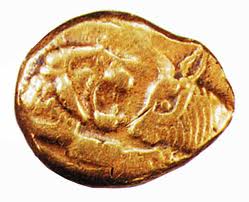 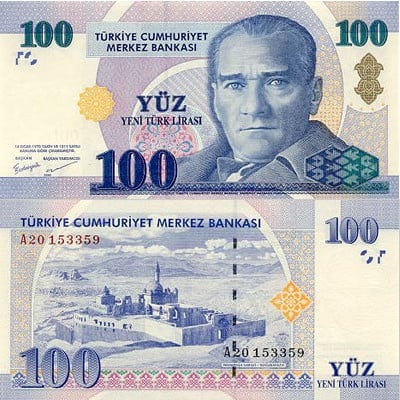 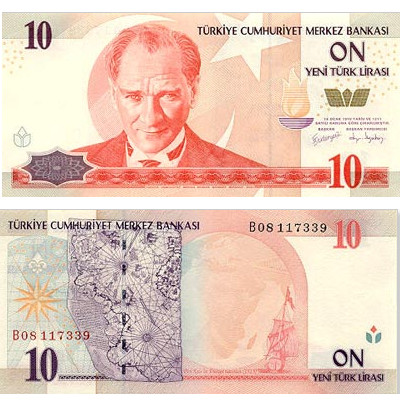 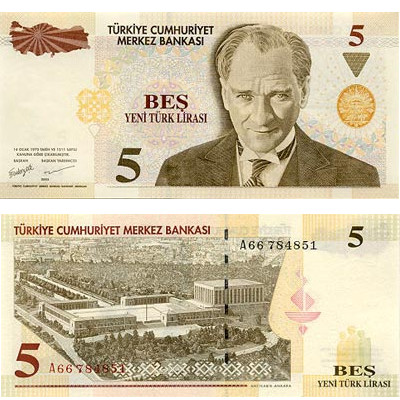